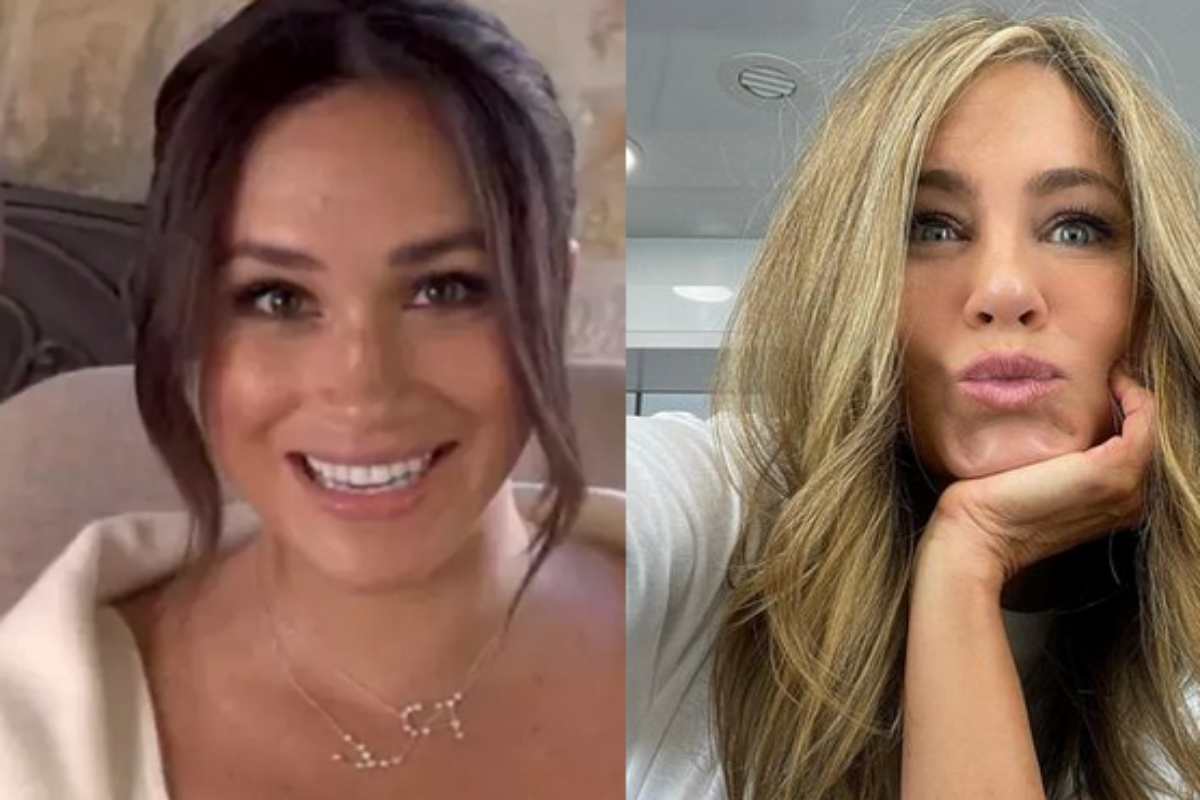 Meghan Markle and its producers of the Spotify podcast “archetypes” is moving heaven and earth to get one of the next guests on the Duchess of Sussex’s show to be Jennifer Aniston🇧🇷 Markle has been featuring female personalities on her show for months now to discuss harmful stereotypes of women and her own personal experiences.

Read+: Meghan Markle and Prince Harry ‘dribble’ their children and have a ‘romantic date’

A source from OK! ensures that after Aniston revealed in the magazine “Allure” the frustrations she went through trying to be a mother, Markle thinks it would be interesting to have her on the podcast to talk precisely about how society pressures women towards motherhood.

According to the insider, “Meghan thinks Jennifer has a lot to share.”

Aniston’s participation in “Archetypes” has not yet been confirmed.

For the first time Jennifer Aniston decided to speak candidly about motherhood in a new, candid interview with Allure magazine, in its latest print issue. This time the actress spoke bluntly about the rumors that her marriage to brad pitt ended because she did not want to give the actor children. Something totally false and cruel, according to her.

Read more: Matthew Perry confesses that he was interested in Jennifer Aniston

Talking about children was a thorn in the side of the actress. That’s because Jennifer confesses now that she tried several times to be a mother, and just couldn’t. She had never brought it up before because she wanted to protect herself and it was a sensitive topic.

“I’m tired of the scrutiny as a sport and the body shaming that occurs daily under the guise of journalism,” the actress once told the Huffington Post. Because to protect herself, Aniston avoided the subject and claimed her right to decide whether or not she wanted to have children.

But now, at 53, she’s opening up and has revealed the real reasons she hasn’t had children: As much as she tried to get pregnant, whether through natural means or IVF, she couldn’t.

She explains: “That story that I was selfish and only cared about my career… God forbid a woman to be successful and not have a child”, she vented. “To say that Brad and I broke up and ended our marriage because I didn’t bear him a child was an absolute lie. At this point, I have nothing to hide,” she told Allure magazine, recounting her years of pain and frustration on the trek trying to conceive with a child that never came.

“All those years and years of speculation were really tough. I was going through IVF, drinking Chinese teas, whatever… I was trying everything,” she recounted.

Jennifer assures that she ‘spent her whole life’ wanting and trying to be a mother, going through different treatments in her two marriages. A problem she always hid, to protect her privacy.

Now that she wants to close this chapter of her life once and for all, she decided to be frank about it:

“I spent years protecting my in vitro history… I have nothing to hide. I feel like I’m coming out of hibernation. The world creates stories that aren’t true, so I have to say the truth well… The ship has sailed, I don’t need to think about it anymore. I would have given anything for someone to let me know [lá atrás]: ‘Freeze your eggs. Do yourself a favor.’ You just don’t think about it, so here I am,” she reports.

In 2014, in an interview with Allure magazine, Jennifer Aniston criticized the way the press pressed her on the subject of ‘children.

“I don’t like (the pressure) people put on me, on women – that you failed as a woman because you didn’t have children. I don’t think it’s fair. You may not have given birth to a child, but that doesn’t mean you’re not a mother – dogs, friends, friends’ children,” she said.

“I have several friends who have decided not to have children, who can’t have children, or who are trying, but it’s difficult. There are many reasons why someone might not have a child. I find it rude and outrageous to ask,” said the actress.

Read more: Meghan Markle will earn a millionaire fee to give a lecture

Aniston has deflected rumors that she puts her career ahead of her family since her marriage to Brad Pitt ended in 2005. Since then, he has had a family of six with Angelina Jolie, while Jennifer has been the subject of several stories about why she didn’t have one. sons.

“They keep talking about me: that I’m too focused on myself and my career; that I don’t want to be a mother, and how selfish that is… It still hurts,” she stated.