The influencer Carol Dantas showed her son with Neymar Jr. with a new look

the digital influencer Carol Dantas recorded the excitement of their children to root for Brazil! In particular, your eldest son, David Lucca, is very excited to accompany the selection towards the sixth. The 11-year-old boy is the result of his mother’s former relationship with the player Neymar Jr. The two met in Baixada Santista, when the striker was playing for Peixe. They had a whirlwind courtship.

Accompanied by her husband and two children, Carol landed in Qatar this weekend. She is married to the businessman Vinicius Martinez🇧🇷 In addition to Davi, the influencer is also Valentin’s mother. The youngest in the family and is only three years old. The little one is a card-carrying fan of his older brother’s father, Neymar Jr.!

As Davi Lucca had some school commitments, mom chose not to follow the first Brazil games in loco. a few years ago Carol Dantas moved to Europe to make it easier for the son to live with his father. They live in Spain. The number 10 of the Selection plays for PSG (Paris Saint-Germain), in France.

Since arriving in Qatar, the proud mom has shown many family moments. For the time being, she has not revealed whether her son can already meet with Neymar. But Davi is ready to watch his first game at the stadium. With his family, the heir will be present in the duel against Cameroon. It is worth remembering that the shirt number 10 of the national team will be absent in the match.

Neymar’s eldest son even invested in a new look for the special occasion. “Game preparations,” wrote Carol Dantas, when showing the boy cutting his hair. Davi trimmed the locks and even innovated with a “hairstyle” inspired by the World Cup. Neymar’s son made a Brazilian flag near the back of his head.

Next to his little brother, he appeared all in uniform with the colors of the national team. In a beautiful click, the boys posed hugging each other, wearing official shirts and dressed up for the game. With the right cheeks painted with the flag and the name of the country stamped on the forehead and arms! “How beautiful!”, soon commented an internet user. Another said: “Too cute.” 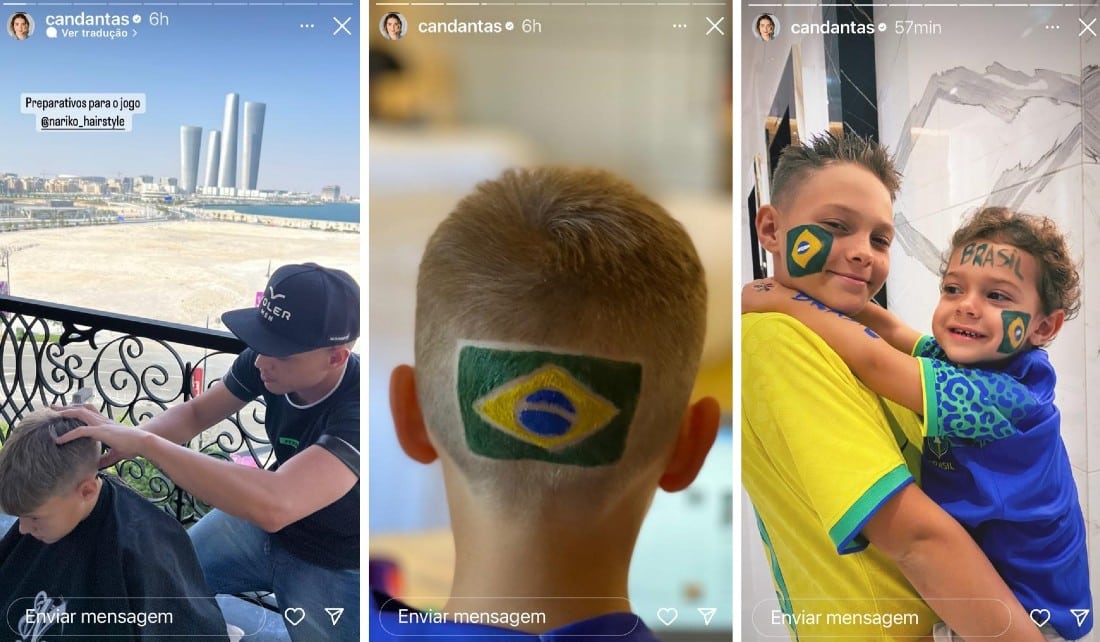 Play Instagram Davi Lucca, son of Carol Dantas and Neymar Jr., with his brother and ready to go to the stadium