O Austin’s speech at the Reagan National Defense Forum concluded a week in which the head of the Pentagon chose as a theme the growing power of China, and its significance for the position that the United States should adopt on an international scale.

On Monday, it released a annual security report on China in which he warns that Beijing should have 1,500 nuclear warheads by 2035, without it being obvious how China intends to use them.

And on Friday, Austin welcomed the unveiling of the new B-21 Raider stealth strategic bomber, as part of the Pentagon’s response to growing concerns about a future conflict with China.

“China is the only country that simultaneously guarantees the will, and a growing power, to reformulate its region and the international order to guarantee its authoritarian options”, considered Austin today. “Let me be clear: we will not let that happen,” he declared.

O Pentagon is also worried about Russia and maintains its commitment to continue supplying arms to Ukraine and at the same time avoid an escalation that implies a US war with Moscow, he said in his speech at the forum that took place at the Ronald Reagan Presidential Library.

“We will not be drawn into Putin’s war,” Austin said.

“The coming years will set the terms of our competition with the People’s Republic of China. They will design the future of Europe’s security,” he continued. “And to determine if our children and grandchildren will inherit an open world of rules and rights, or if they will face stimulated autocrats who seek to rule by force and fear🇧🇷

Austin noted that between the two threats from nuclear powers, China remains the biggest risk.

To cope with the situation, he had to, “let’s adapt our budget to the challenge that China represents and as never happened before”. “In our imperfect world, deterrence must come through force”.

The head of the Pentagon also announced a high budget for new investments in nuclear weapons until 2046, estimated at 1.2 billion dollars, which includes the B-21 Raider.

The Department of Defense guarantees the largest discretionary budget of all federal agencies, and can receive up to 847 billion dollars (805 billion euros) in the 2023 budget if Congress passes the recent bill before the end of the legislative session.

Several sectors of the administration consider that these measures are still insufficient for modernization projects and the announced confrontation with China, due to the fact that many of the funds are destined for military personnel.

The Congressional Budget Office (CBO) estimates that about a quarter of the Defense budget is spent on personnel costs, including salaries, health care and retirement. 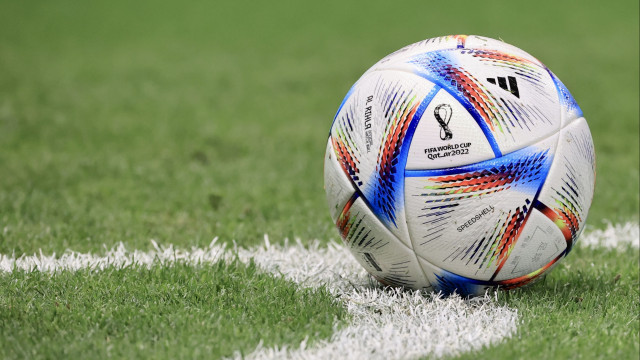 Previous Entered the field as a hope, got injured in a silly move and won’t play in the World Cup anymore
Next Vanessa Hudgens posts a photo in front of the ‘High School Musical’ school, stirs up fans and followers speculate: “Wow, I would love…”