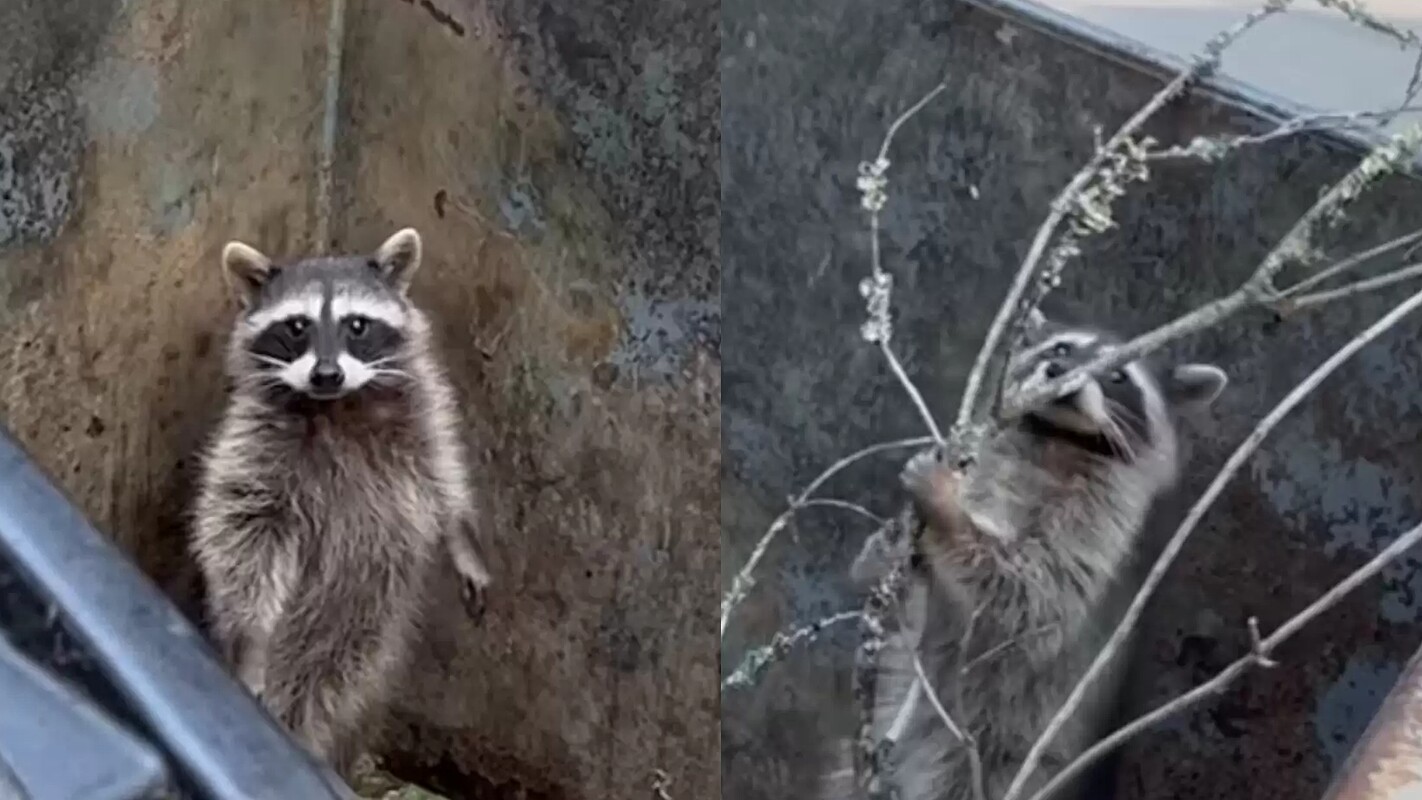 A small raccoon suffered from suffocation after becoming trapped in a cold metal dumpster at a California campground. The animal repeatedly tried to climb the side to free itself, but was unsuccessful.

A short time later, a camper named Christine passed by and the raccoon (sometimes called the washer mouse) seemed to understand that she could help him.

The animal then started jumping to show the woman that it needed help.

Animal lover Christine didn’t hesitate to help the tiny mammal, but was initially a bit confused by the situation.

“I had seen raccoons coming and going all day. So I was wondering why this one was having such a hard time, he was nowhere near leaving. But he kept trying,” he said in an interview with The Dodo.

According to the camper, the animal had been jumping up and down for a few minutes and when he saw her he looked right at her.

“He did a nonchalant jump and turned to look at me again and sat up a little bit as if saying, ‘Look, I really can’t do this. Help!’”, he points out.

To prevent the raccoon from biting her, Christine began looking for objects that the raccoon could use as a ladder.

Initially, the camper grabbed a stick, but it didn’t have enough branches for the raccoon to hold on to.

Then she held a plastic signpost, however it was very slippery.

Finally, he found a tree branch that had fallen. That’s when the animal managed to get out of the dump safely.

A video, posted on the account @rosie.birb on Instagram, shows the exact moment when the raccoon asks for help and manages to get out of the dumpster with the help of a branch.

“Thanks for helping,” commented one user.

“Thank you for being a loving and caring woman”, Gloria stressed.

Like squirrels, raccoons are notorious for rummaging through garbage cans and breaking into human homes. As well as developing a love-hate relationship with people.

As the Top Melhores website clarifies, raccoons have up to 22 existing subspecies and live for two to three years in the wild.

They are native to North America, being mostly solitary creatures.

These are classified as omnivorous beings, that is, they feed on plants or algae as well as on other animals.

With nocturnal habits and amazing eyesight, this species also has two hands with five fingers each, just like humans, which makes it easier for them to open containers and handle garbage.

Furthermore, they are extremely intelligent.

Previous Dua Lipa and Selena Gomez reveal they would collaborate together
Next CCXP22: two scenes from “Dungeons & Dragons” are displayed on the panel; read the description