The numerous team put together by President-elect Luiz Inácio Lula da Silva for the transition of government, in which about seventy PT members with passages through the police participate, has a millionaire budget of R$3.22 million. A generous amount for less than 60 days of work until Lula takes over the Planalto Palace. The amount is almost 10% of what is foreseen in the 2023 Budget Law for the main housing program in Brazil, Casa Verde e Amarela: R$ 34.1 million.

Lula took longer than Jair Bolsonaro to make the transition of government in 2018. Elected, Bolsonaro had a budget of R$2.93 million.

Composing the team also guarantees a mouthful for some. There are 50 remunerated positions with salaries starting at R$2,700.

From Lula’s group, which, it’s worth remembering, is paid with public money, the highest salary is that of vice-elect Geraldo Alckmin: R$ 17.3 thousand.

The team also has nothing to complain about the workplace. It is installed in the CCBB, an imposing building designed by Oscar Niemeyer.

Joesley’s J&F loses another one to Paper

The J&F holding company, owned by the notorious brothers Wesley and Joesley Batista, lost yet another battle against Paper Excellence for the control of Eldorado Celulose, after trying to annul the arbitration in which it was defeated, in the billionaire dispute, using the same strategy of a doctor who fought with the Amil health plan. J&F filed a criminal complaint at a police station against the arbitrator appointed by Amil, as they did against the arbitrator appointed by Paper. In the end, they were again defeated.

The assessment in the legal circles is that J&F tried to create a precedent with the Amil case to use in the action that J&F. The maneuver failed.

The Batista brothers’ group was trying to annul the arbitration in which Paper won unanimously. But the court did not annul Amil’s arbitration.

The rapporteur of the case, Judge Jorge Tosta, of the São Paulo Court of Justice, rejected the J&F maneuver and imposed a new defeat on Batista.

Persecuted by the military regime, Juscelino Kubitschek devoted himself to a small farm near Brasília. One day, dressed in character and wearing boots, he burst into the office of a friend, the late journalist Sérgio Rossi, representative of Bloch Editores in Brasília: “Serginho, I’m outside with a truck loaded with the potatoes I planted. How do I sell this now?” Incredulous, Rossi accompanied him to the street and, indeed, there was a truck: “Did you plant all this, President?” JK confirmed, “Of course. I was told to plant potatoes and I planted them. Now it’s time to try to sell them.”

Lula frustrated Deputy José Guimarães (PT-CE) as president of the PT. The party was on the warpath over who would be the new boss, but Gleisi Hoffmann must remain in the post.

The obtuse vision of Transition PT supporters, like Paulo Pimenta, does not allow them to perceive that the privatization of Eletrobras stems from a law approved in Congress and court decisions, and is consummated.

Already circulating among parliamentarians and the high echelon of Brasilia the invitation for Bruno Dantas to take office as president of the Federal Court of Accounts. The event will take place on the 14th.

The announcement by the mayor of New York (USA) that he will “forcibly hospitalize” people with “mental disorders” has everything to end badly, to remove them from the streets and subways. It will be difficult to even define the “disorders”.

Between Câmara and Flávio Dino, the PSB prefers to send the elected senator from Maranhão to the government. With that, the acronym would also keep the vacancy in the Senate, since the substitute Ana Paula Lobato is also from the party.

Sunday marks the 104th anniversary of President Woodrow Wilson’s (USA) trip to negotiate World War I peace terms in France, becoming the first US president to travel to Europe.

Despite the recent attention given to covid in Brazil, there are around 500,000 active cases of the disease across the country. The peak of infections in 2022 was in the omicron wave, when 3 million Brazilians became ill.

The agenda of the Chamber of Deputies does not provide for anything other than solemn and non-deliberative sessions this Monday (5). There are only three weeks left until the end of the year parliamentary recess.

…promising in the government of others can bring bad luck.

Previous With Atltico and Amrica, LFF negotiates with investors and asks for a meeting with CBF
Next Top 10 Phase 4 characters, ranked 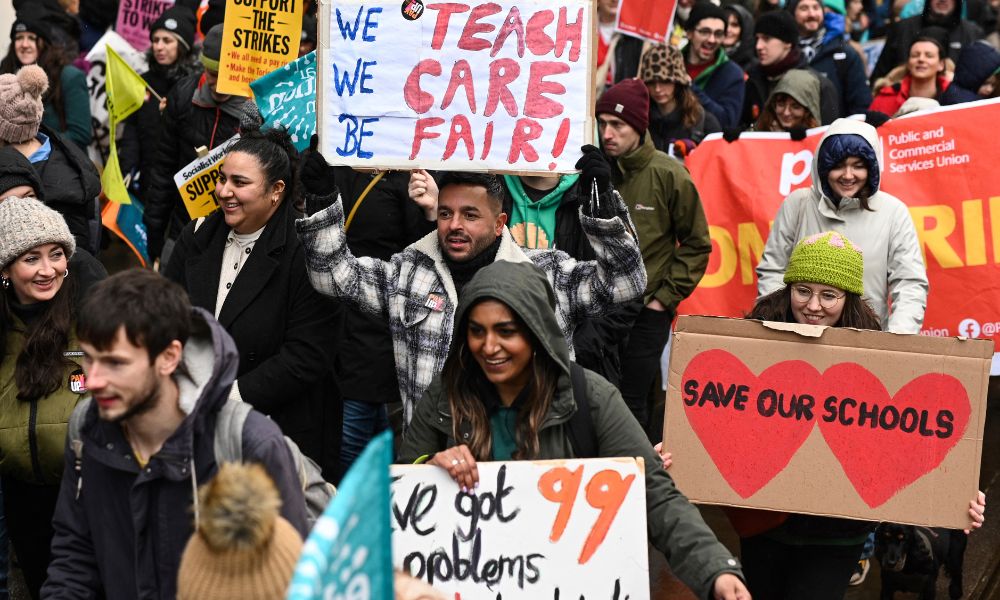