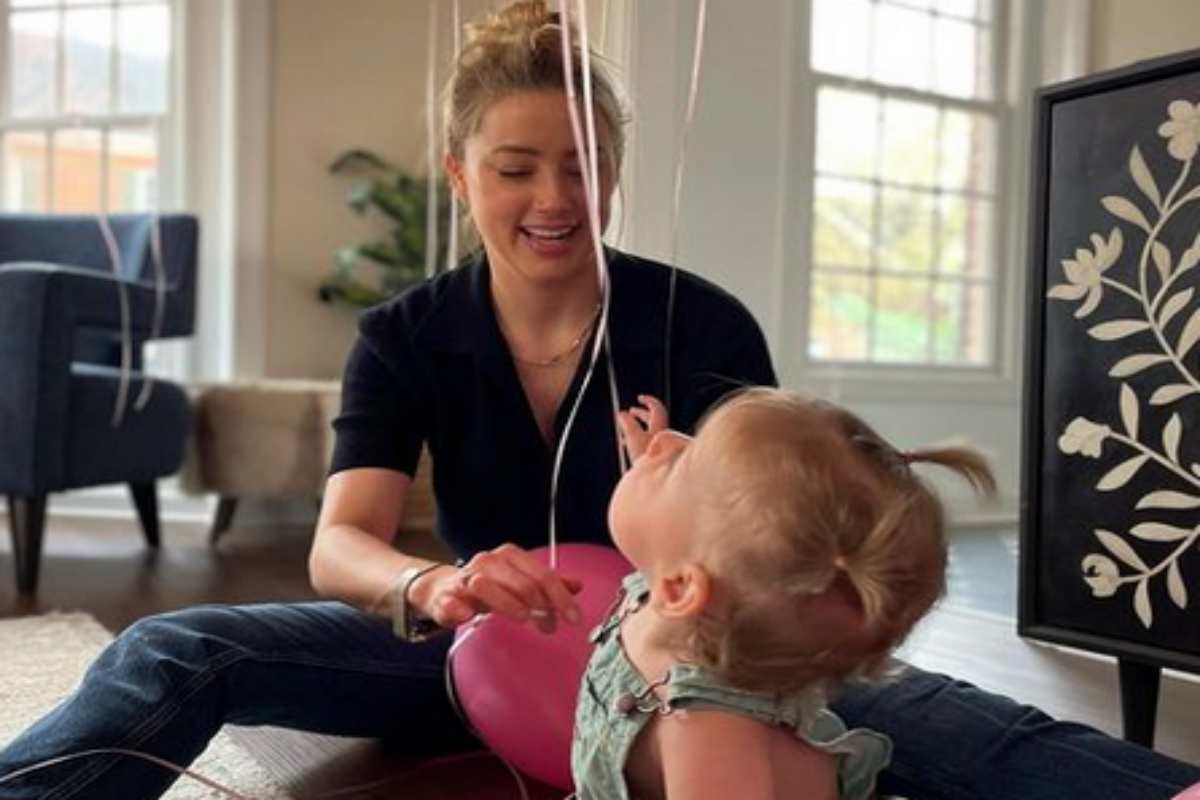 Since losing the defamation suit against Johnny Depp🇧🇷 Amber Heard decided to disappear from the spotlight, and moved in with her daughter Oonaghaged 18 months, to Spain, more precisely, to Mallorca, where he has spent days completely focused on the baby, and in the company of his supposed girlfriend, the photographer Bianca Butti.

According to the British magazine Hello!, the former “Aquaman” actress rented a house in the town of Costitx, with approximately 1,300 inhabitants, and is trying to live an anonymous life using a pseudonym to go unnoticed.

Local media reports that she identified herself as ‘Martha Jane Cannary’, the real name of a character in American history known as Calamity Jane, an explorer (1852-1903) who fought against Native Americans.

Amber Heard seems delighted with her new life, raising her daughter far away from the United States, and spends her days going to local parks and squares with the little one.

Read more: Lawyers for Amber Heard did not want to participate in the documentary

“She runs the market herself, walks the streets, looks for food, goes to all the establishments in the city (…) it seems that the place gave her the calm she so badly needed”, comments a witness.

Amber Heard is collecting bad news. While her lawyers are trying on all sides to get the judgment she lost to Johnny Depp overturned, she found out that her insurance company will not be responsible for paying the $10.35 million (R$ 54 million) claim. ) to Johnny Depp.

According to the Daily Mail, the ‘Aquaman’ actress was ordered to pay that sum in compensatory and punitive damages after a jury in Virginia ruled that she defamed the actor when she wrote an article in 2018 about being a victim of domestic abuse. .

Amber hoped that her $1 million insurance policy with the New York Marine and General Insurance Co. prevented her from paying the bill, however, although the policy covers various types of wrongful conduct, including defamation, under California law – which governs the policy – ​​’an insurer is not liable to pay if the insured has committed wrongful conduct and intentional’, and the company noted that not only did the jury find that Amber had committed intentional defamation, it was also found to be malicious.

The company is now seeking a statement from the judge that, based on policy and law, they are not liable to pay these damages.

Read more: Amber Heard wants the trial to be annulled

Meanwhile, Amber Heard’s lawyers claimed that Johnny Depp “is not entitled” to compensation because, according to them, the actor’s career had already been “ruined” before the publication of Heard’s article in December 2018.

In the motion filed by his lawyers, it is alleged that “there is no evidence of damage done to Mr. Depp”.

The documents alleged that the damage to Depp’s reputation came when Heard filed for a temporary domestic violence restraining order against him in May 2016 following their split.

The motion added: “Mr. Depp testified that the damage to his reputation was when Mrs. Heard was granted a DVTRO (Temporary Domestic Violence Restraining Order) on May 27, 2016 – for which he cannot be compensated.”

The lawyers stated in the documents: “Mr. Depp was asking the jury to compensate him for actions that occurred on May 27, 2016, therefore he is not entitled to the damages he received by the jury (…) This is improper and requires this Court to overturn the verdict.”

Previous After nearly three months of protests, Iran announces dissolution of morality police
Next Who plays tomorrow in the World Cup in Qatar?

Moviegoers have three good reasons not to leave Studio Universal in February: the movies The …