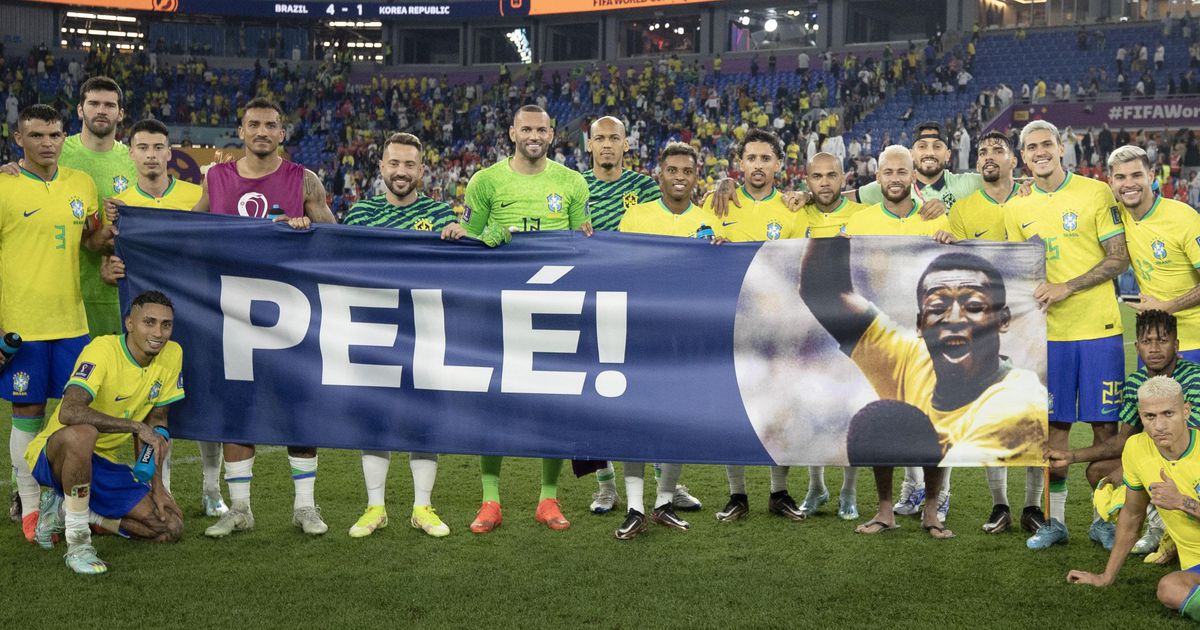 O Brazil returned to play this Monday, the 5th, face South Korea through the round of 16 of world Cup🇧🇷 In the most decisive match for Tite’s team at the World Cup, the Brazilian team passed the test: they thrashed by 4-1, advanced to the stage with a convincing performance and now face Croatia in the quarterfinals, qualifying for the semifinals.

In addition to the beautiful goals and Neymar’s return to the starting lineup, the match was also marked by tributes from players and fans to Pelé, who remains hospitalized at Hospital Israelita Albert Einstein in São Paulo, and also by Tite’s unexpected ease in celebrating the third Brazilian goal. The team’s coach joined the players in celebrating Richarlison’s goal by imitating a pigeon.

Brazil’s next opponent also qualified this Monday. The Croatians beat Japan, on penalties, after drawing 1-1 in normal time and overtime.

The bureaucratic football presented in the first phase of the World Cup in Qatar by the Brazilian team gave way to a light, plastic, irresponsible and efficient game. This Monday, at Estádio 974, Brazil, reinforced by its star player, Neymar, made its best presentation in the World Cup against South Korea and ran over its Asian rival by 4-1.

The “ball”, defined with four goals in the first half, guaranteed the Brazilian team in the quarterfinals, phase in which it will face the current runner-up Croatia, who left Japan along the way. The match will take place on Friday, at 12h (Brasília time), at Education City Stadium.

Read the full account of Brazil’s thrashing of South Korea

Watch the goals and highlights of the match

Even with players like Modric and Perisic in its squad, Croatia advanced thanks to the brilliance of goalkeeper Livakovic, then discreet in the Cup, on penalties. He saved three of Japan’s four free kicks and was Croatia’s hero at Al Janoub Stadium in Al Wakrah.

Read the full match report between Japan and Croatia

Watch the goals and highlights of the match

Neymar is voted the best of the match

After two games away and ten days undergoing injury treatment, Neymar reinforced the Brazilian national team in the round of 16 of the World Cup in Qatar and was chosen as the star of the 4-1 victory over South Korea this Monday. The number 10 returned with a penalty goal, dribbled the referee, actively participated in the offensive plays and was at ease on the field.

“The performance was very good. I really enjoyed my game, but I think there’s always room for improvement. I cannot be satisfied, ”he stated. The best part of the match, he considers, was not just one, but the group.

Brazil’s victory over South Korea was cause for celebration for the Brazilian players, with the right to dance on the edge of the field during the first half. In one of the most curious moments of the match, coach Tite joined striker Richarlison’s “pigeon dance”, creating a scene that was reproduced on the internet to exhaustion.

Shortly after the final whistle of Brazil’s 4-1 victory against South Korea, this Monday, the players of the Brazilian team paid tribute to Pelé. The King of Football has been hospitalized at Hospital Israelista Albert Einstein since last Tuesday, in São Paulo, for treatment of a respiratory infection and monthly evaluation of colon cancer diagnosed in September last year. He has been following the departures of the health unit.

A banner with the words “Pelé” and a photo of the King celebrating a goal wearing the selection’s shirt was taken to the midfield of the 974 Stadium lawn.

In addition to the players, the crowd that attended the stadium also paid tribute to the former player. At 10 minutes of the first half, fans extended a banner with the image of the King of Football and with the phrase “Stay well soon”, written in English. The time chosen for the gesture was a reference to the shirt number worn by Pelé throughout his career.

Previous ‘I thought I was going to lose my life’
Next How much does Cara Delevingne’s house cost?

Yunis Abdelhamid, captain of Reims, spoke about the strategy used on Neymar, Messi and Mbappé …