The smell of good hot popcorn permeates the corridors of Rio de Janeiro cinemas, like that affective memory of a pre-pandemic time. Touching our memories of great past films, this aroma has a name and a right place: Festival do Rio 2022🇧🇷

Rescuing the magic of being able to return to the cinemas, under the tranquility that a new time is announced in Brazil, the beloved event is back with a selection of 200 new productions, among acclaimed feature films released in the Cannes Film Festival, Sundance Film Festival and Toronto Film Festivalin addition to several national titles. 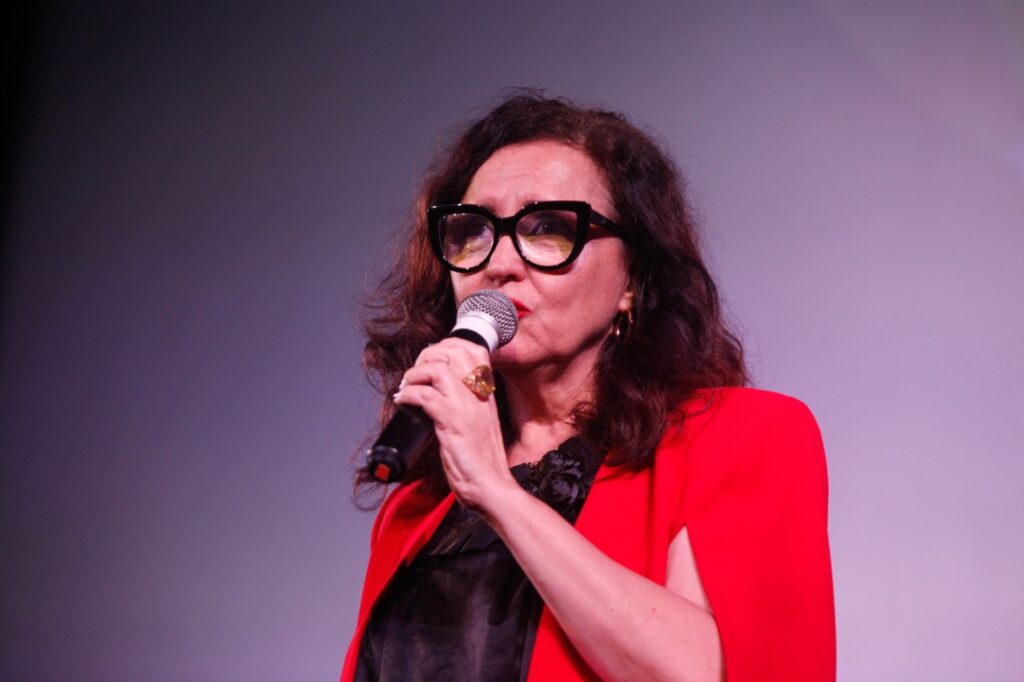 And in this edition, the Festival’s commitment is precisely to transform that affective memory of the past into a new and invigorating experience. For the director of the event, Ilda Santiago, 2022 has a different flavor. More than in previous editions, today the objective is to attract the Brazilian public back to the big screen, from a varied collection of titles that include both cult cinema lovers and those passionate about documentaries, animations and more daring feature films.

“We are working to ensure that audiences return to theaters so that everyone can see different films. We know that there is still great resistance to resuming this habit, as we have lived for almost three years between fear and the impediment of being in a session. But we are getting stronger, with a beautiful program that celebrates art in its entirety. We also have Premiére Brasil, which is a great window that communicates with our people about what is being produced here. And our desire is for the public to come back and come back to celebrate Brazilian cinema”, commented Santiago. 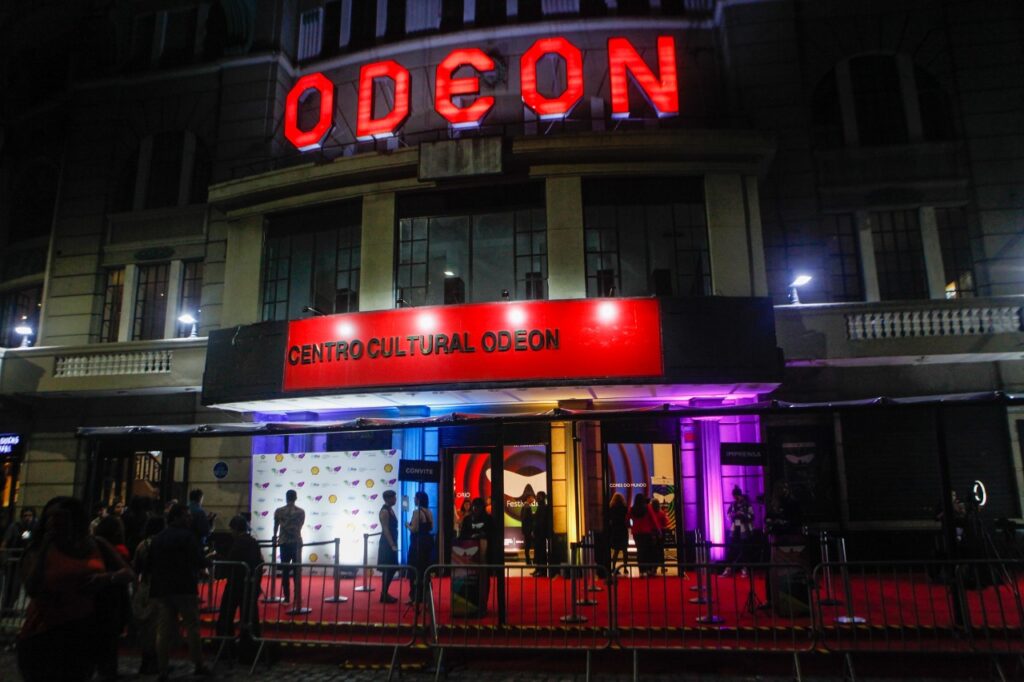 With encouraging optimism, even in the face of the enormous growth of streaming platforms due to the Covid-19 pandemic, ilda reflects on how the industry has learned to reinvent itself over the decades.

“Since cinema exists, it has had these moments of doubt about how much the public will continue to support this format. This happened with the arrival of television, VHS and also DVD. I think there’s a unique magic to going to a movie screening. This is a very specific, different and special collective cultural experience. I am very optimistic about our scenario, because I work with it and I believe in it”, he said.

Pondering the importance of evaluating the current scenario and the potential for success and reach of the new films that will be released over the next few months, she revealed how she sees the cinema chain market, given the constant rise of digital services.

“It is clear that streaming and other forms of consumption change habits a lot, but I think this forces us to think better about this market and I include myself in that. This current context invites us to rethink which films are worth being released in theaters. This whole moment motivates us to reassess the schedule and what we can offer that is so special that it motivates us to go out to meet friends and enjoy a good movie outside. I think our great challenge is to tune in with the public and understand how and which productions provide differentiated experiences so that people feel encouraged to leave home”. 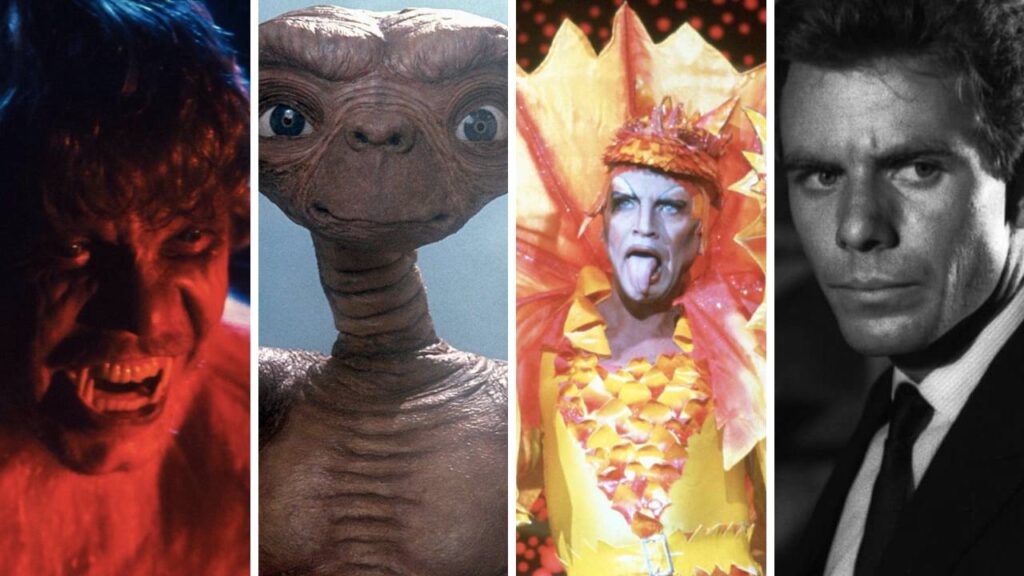 And with a versatile and rich film curatorship, Festival do Rio returns in 2022, rescuing the fascination for the seventh art in its roots, with a portfolio that also includes a selection of modern classics such as ET: The Extraterrestrial (1985), horror scream (1981), The Assault on the Pagador Train (1962) and Priscilla, Queen of the Desert (1994).

For the event coordinator, the presentation of these and other iconic films from the past aims to generate a connection with younger generations. “We brought some classics that went through a beautiful restoration job and this is the ideal opportunity for younger people to get to know some of the feature films that marked the history of cinema”.

When it comes to new international releases, moviegoers will be able to check out some of the films that have already circulated in other prestigious festivals, such as Empire of Light (in Sam Mendes with Olivia Colman and Colin Firth🇧🇷 Operation Hunt (directed, starring, scripted and produced by Lee Jung-jaein Round 6🇧🇷 living (with Bill Nighy🇧🇷 nanny (original Prime Video with Michelle Monaghan🇧🇷 The menu (with Anya Taylor Joy, Ralph Fiennes and Nicholas Hoult🇧🇷 My Policeman (original Prime Video with Harry Styles🇧🇷 Call Jane (with Elizabeth Banks and Sigourney Weaver🇧🇷 and Dalíland: The Life of Salvador Dalí (with Ezra Miller and Ben Kingsley🇧🇷

In the Premiére Brasil category, the public will be able to honor titles such as Good morning Violet🇧🇷 Coal (released on 2022 Toronto Film Festival🇧🇷 the animation Don Quixote, Corpolithicamong others – as pointed out Ilda Santiago🇧🇷

“It’s difficult to choose a main highlight, as we did a wonderful and differentiated curatorship, which covers audiences from the most diverse backgrounds. We want to connect with the audience based on the versatility of a program that offers as many options as possible and we managed to do that successfully this year”concluded the coordinator.

O Rio Festival 2022 takes place between the 6th and 16th of October. Check the schedule here.