Recently launched in China, the new Honor Magic VS hit the market with the proposal to deliver a good set of hardware and also to bring some improvements over its predecessor.

The foldable smartphone still has a tough mission ahead of it: it must compete directly with the Galaxy Z Fold 4 in the global market. That’s because Honor has already confirmed that the foldable should be sold in Europe in 2023.

Does he have all the necessary attributes to annoy Samsung? That’s what we’re going to try to answer in this quick hands-on held in partnership with HdBlog.

Scroll down the page and see more!

Honor Magic VS was released with a complete box. That’s because we have the smartphone itself, manuals, charging cable, 66W charger and also a colorful case.

The smartphone itself has an established design and its glass back is opaque, something that avoids the dreaded fingerprints and also gives a slightly rough feel.

The camera module protrudes from the body of the Magic VS and features three sensors stacked together, with the LED flash on the outside of the rear assembly.

Now, a detail that really stands out here in Magic VS is its thickness. Unlike other foldables in the category, Honor’s device manages to stand out positively.

Closed, it measures 12.9 millimeters and opened at just 6.1 millimeters, weighing around 267 grams. In other words, the Honor Magic VS is a foldable device that can be easily carried in your pocket.

Another positive highlight goes to the hinge. Honor has done a good job here as it is smooth and well finished. In addition, it manages to keep the smartphone open at any point without being extremely harsh.

It’s an interesting balance and you don’t hear any creaks, as happened on the Galaxy Z Fold 4. The hinge also doesn’t have a GAP when opened or closed and reduces the possibility of creasing, since it manages to keep the display slightly bent when the device is it is closed.

Finally, the Magic VS has a USB-C port, stereo sound and an infrared sensor for those who want to control TVs and other home devices. 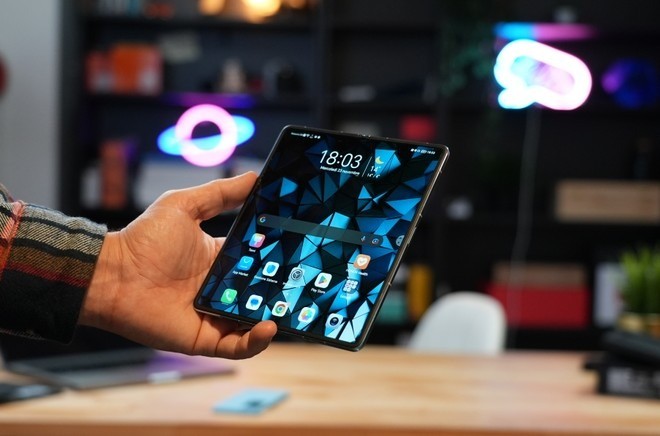 The Magic VS has a 7.9-inch foldable OLED display that delivers a 90Hz refresh rate and support for HDR10 Plus content. However, the most important display is the external one, since it will be the main point of user interaction with the smartphone. Therefore, Honor has put a good panel here in Magic VS.

It is also OLED and has 6.45 inches, and the refresh rate here is 120 Hz and there is even HDR10 Plus certification. The panel brightness is higher and reaches 1,500 nits.

The Magic VS fingerprint reader is on the power button and it’s very fast. You don’t even have to press for it to recognize the user’s fingerprint, a positive detail for the foldable.

As expected, the performance of the foldable is worthy of a high-end smartphone. With it, the user will be able to perform all day-to-day tasks, play any game on the Play Store and also work with more advanced software.

This set, paired with a 5,000 mAh battery, promises to deliver good autonomy, but that’s something we’ll only find out after our standard battery tests. 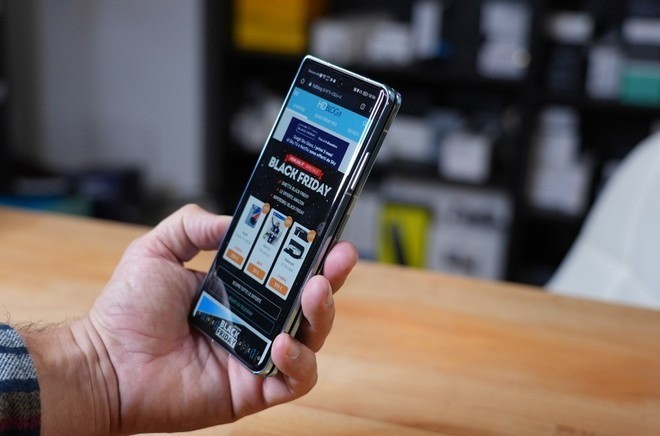 Honor Magic VS has a system that is fully beta. This is because the device has just been launched in China.

Furthermore, Honor has been working on delivering a western version of the software and this is evident on the handset. Perhaps it will reach the European market with Android 13 and a different system of updates, but that is still uncertain.

Still, we have some interesting details in Magic VS, such as advanced multitasking. It appears in the form of a sidebar and vertically, something very functional because you just have to slide your finger from the side to access it.

When opened, the smartphone also manages to make good use of Android’s windowed mode and using the split screen here is a good experience, since the panel is large enough to show all the content. 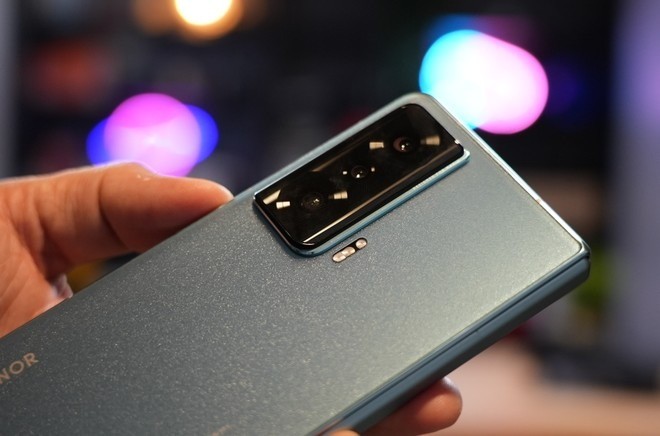 The set of rear cameras on the Honor Magic VS has a 54 MP main lens and the Chinese manufacturer promises that the sensor is capable of recording 4K videos at 60 fps.

The internal 16 MP front camera is efficient, but the user can take selfies using the rear cameras. To do this, just select the front option in the software and turn the smartphone.

So you’ll be able to take high-quality photos, even using the 50 MP wide-angle lens. Another highlight is the presence of zoom of up to 10 times in digital mode thanks to the 8 MP telephoto sensor. 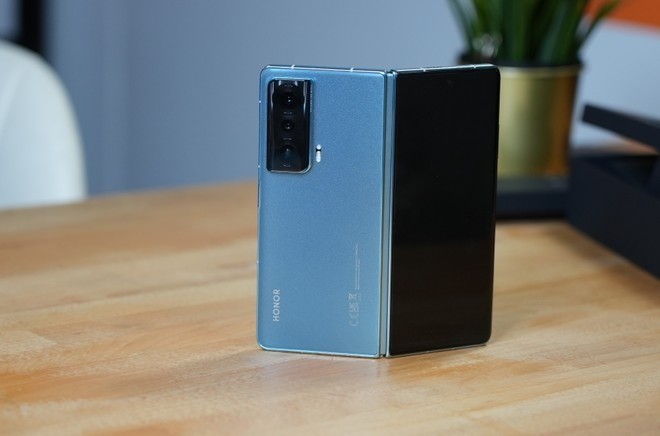 The Honor Magic VS proves to be a capable foldable in our first impressions. It has all the attributes to become a strong contender for the Galaxy Z Fold 4.

The design is good, the construction is quality and the finish is eye-catching. In addition, the hinge proved to be much more competent than imagined, that is, we had a good evolution compared to its predecessor.

The external screen has the perfect size for daily use and that makes you even forget that this device has a much larger panel inside it. The only issue at the moment is the software part.

It is clear that Honor is working to improve it and make it ready for use in the west. Until 2023, there is plenty of time for the manufacturer to resolve this issue and we hope that the Honor Magic VS will become even more interesting.

Now, if one day Honor will officially sell its smartphones here in Brazil, that’s something that only time will tell.

The Honor Magic Vs is not yet available in Brazilian stores. To be notified when it arrives.