Juliana Paes showed off all her martial skills during a fight class alongside her personal trainer this Monday morning (5). In a record made through her official Instagram account, the 43-year-old actress appears wearing pastel-colored clothes, but impressed everyone by showing punches, blows, knees and quick kicks. 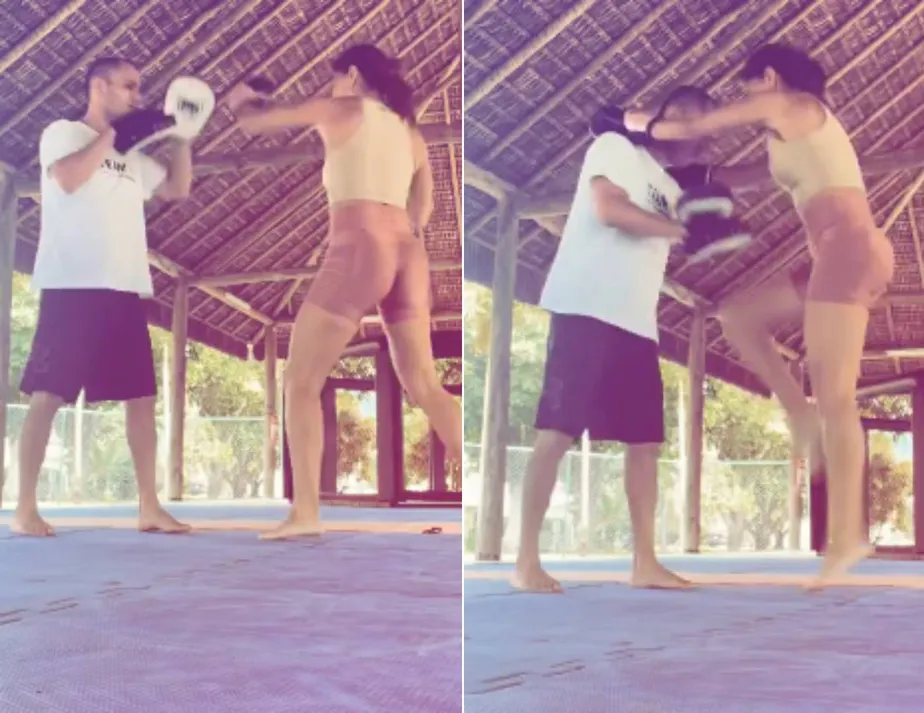 Juliana Paes in an Instagram post, next to her personal trainer during her fight class. Photo: Reproduction/Revista Quem/Instagram/@julianapaes

The actress even made a joke about the game of the Brazilian national team against South Korea, which will take place this afternoon, during the round of 16 of the Qatar 2022 World Cup. “It’s already paid for! Can you drink now?”, she jokingly wrote in the caption of the video.

Still on her daily and public routine, Juliana posted on her social network, last Friday (2), that her left eye would be swollen and red, due to an allergic process. “Posting a lot of beautiful pictures, but the truth is that I woke up with a huge allergy, I don’t know, something in my eye. I won’t be able to work out the way I want to,” she said, stressing the importance of her workout routine.

“Oh Juliana, but you work out every day. It’s not because of the body, people. I need endorphins, you know? Head business, wellness business. One hour I’ll tell you about it. Rafa Lund, thank you for coming to teach me. I tried, I looked like Popeye, but he rolled ”, she vented to her followers.

The actress continues to share her daily life on Instagram. Today, she posted on her stories who watched the movie, King Woman, and recommended to everyone. Still, he marked and praised actress Viola Davis in his publication, praising her performance.

Previous Cat finds alligator head in backyard and alerts owners
Next Understand why Son, a player from South Korea, wears a mask in games