“Last Night” is the most depressing Christmas movie ever

The dramedy with Keira Knightley is about the worst Christmas ever. Opens this Thursday, December 8th. 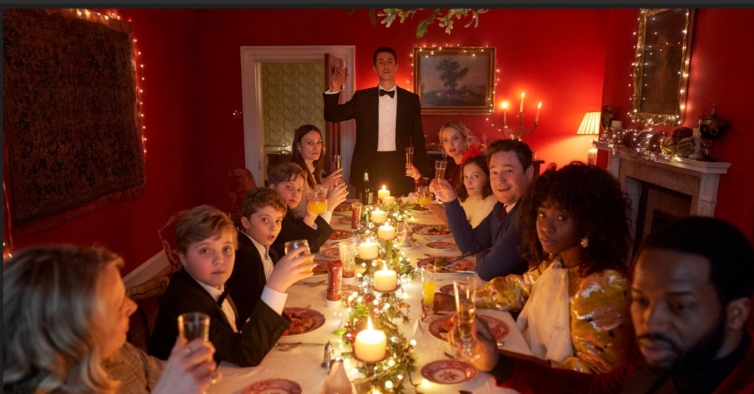 They will receive the worst present ever 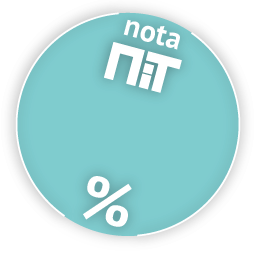 Were it not for the revealing synopsis, the cruel fate of this fictional Christmas in rural Britain would sneak up on you, guessed by one or two out of place comments. On this Christmas Eve, childhood friends gather at the table who guarantee they are prepared for a Christmas of fraternization.

Because it is announced from the outset as a comedy, “Última Noite” spends almost all its cartridges in the beginning, while still feeling the ground in what will be an apocalyptic night. There are fathers who ignore their children, there are mothers who show off the dresses and shoes bought with their savings to educate their children. There are doctors who circulate medical marijuana stolen in the hospital.

“Última Noite” is, as already noticed, a Christmas film with an original spirit. In fact, these friends get together to celebrate what will be their last Christmas. Out there, far from the four walls of the country house, much of the planet is already destroyed.

The planet finally took revenge. “For years the planet has taken the dirty garbage from all of us. Now he’s had enough, he can’t take it anymore. He decided to spit it all out and tell us to fuck”, explains Art, the eldest son of the host couple, played by Roman Griffin Davis, the kid talent of “Jojo Rabbit”.

With various parts of the planet devastated by toxic storms that annihilate all life in their path, the British government has made a decision. With no solution in sight, a lethal and painless pill was distributed among the population, which everyone should take before the arrival of the toxic dust, to avoid a painful death. “Avoid suffering and die with dignity”, warn the authorities.

All those present, the adults, signed a pact: they would have fun and, at the end of the night, each one would take their pill. Everyone, of course, except Art and a young guest, Sophie (Lily-Rose Depp).

Without being a brilliant comedy, the few jokes go down well, especially to alleviate the tense atmosphere that an imminent collective death — mainly thanks to the good connection between the characters and the actors of the cast, which features Keira Knightley, Mathew Goode or Annabelle Wallis. Unfortunately, the script never manages to take advantage of the chemistry between some of the actors and drags on until the final ecstasy. It is, however, a creative idea that brings a breath of fresh air to the usual sticky films of the time — as some critics have noted, it’s a kind of cross between Lars von Trier’s “Melancholia” and Richard Curtis’s “Love Happens”. .

It doesn’t shine like a comedy, it doesn’t go overboard like a sweeping drama. Unfortunately, you are always halfway to what you want to achieve.

The moral, rubbed in the face every five minutes, becomes perfectly evident from the moment the pact is unveiled. And the dramatic escalation leading up to the climax is anything but rewarding.

Still, one never takes an easy way out. Climate change, disrespect for the environment, all of this culminates in an inglorious and inevitable goodbye, in a choice between bloody death in the midst of toxic dust or collective suicide.

Despite the holly, karaoke sessions and holiday treats, there’s little of the zeitgeist in “Last Night,” perhaps the ultimate anti-Christmas movie. It could be the perfect choice to ruin the spirit of the times or, come to think of it, the right weapon to make us think that if we continue to squander

money on plastic toys, produced by child labor, in companies that destroy the planet, we will end up sticking a lethal pill in our children’s mouths, swallowed with a glass of cold Coca-Cola and a pudding. Merry Christmas.

Click through the gallery to discover the new series coming to television in December. 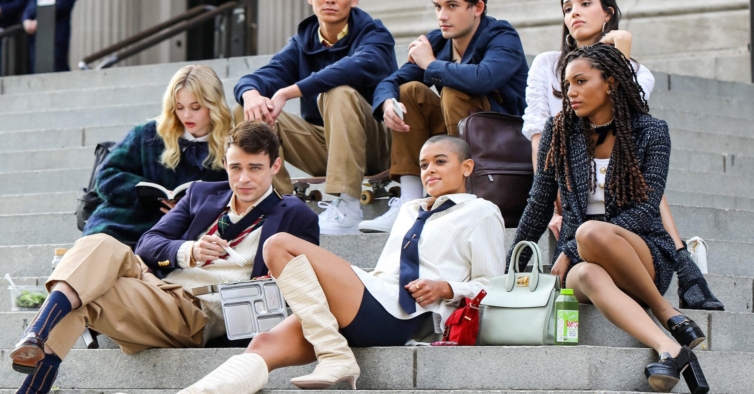 Previous Indonesia passes law punishing sex outside of marriage with up to 1 year in prison
Next After notes from Vasco and Botafogo, Flamengo pronounces on the negotiation of TV quotas in Carioca and defends the proposed model

At the age of 30, Barry Keoghan collect recognitions. Regarded as one of Ireland’s finest …