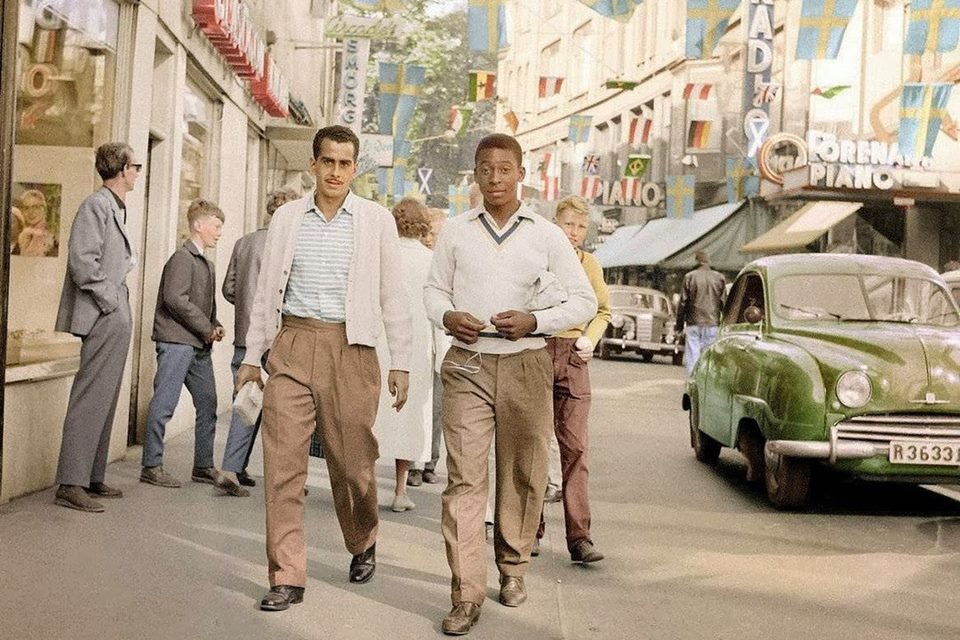 Pelé is hospitalized at the Hospital Sírio Libanês in São Paulo, but he showed that he has an eye on everything that happens in Qatar. This Friday (12/5), hours before the Brazilian national team takes the field against South Korea, in a game that is worth a place in the round of 16 of the World Cup, the King of Football recalled his first title in the competition , in 1958, and sent a message to the Amarelinha players.

“In 1958, in Sweden, I was walking through the streets thinking about fulfilling the promise I made to my father. I know that many of the national team made similar promises and are also looking for their first World Cup”, wrote Pelé, in an image in which he appears next to his father. 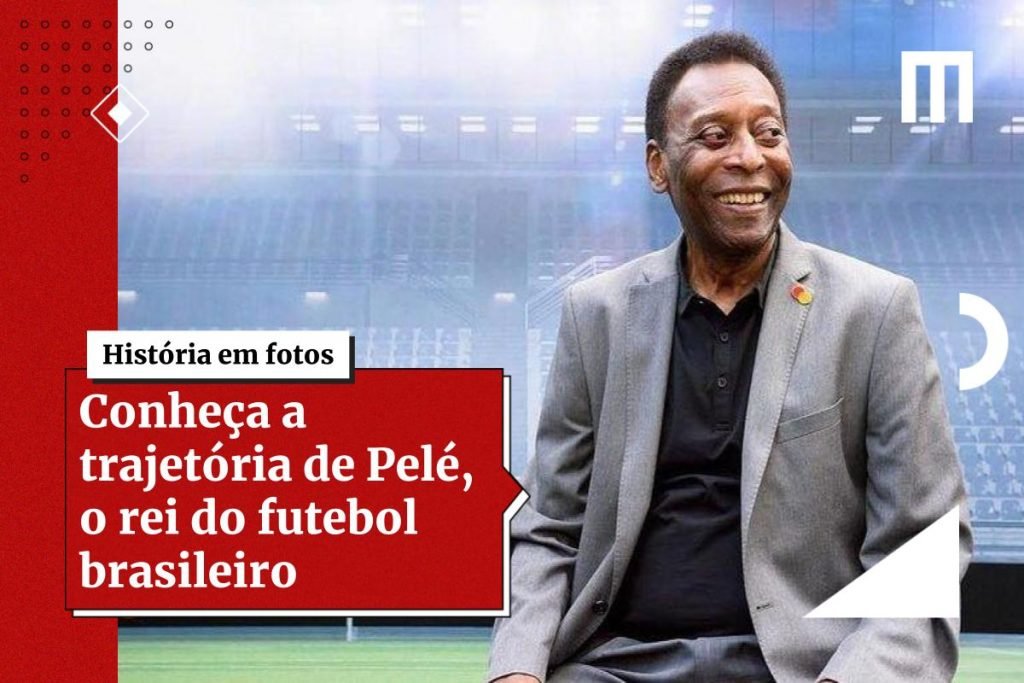 Edson Arantes do Nascimento, better known as Pelé, born in 1940, is a Brazilian former football player and businessman. Born in Três Corações, Minas Gerais, he is considered the king of football and one of the greatest athletes of all time.Playback/ Instagram 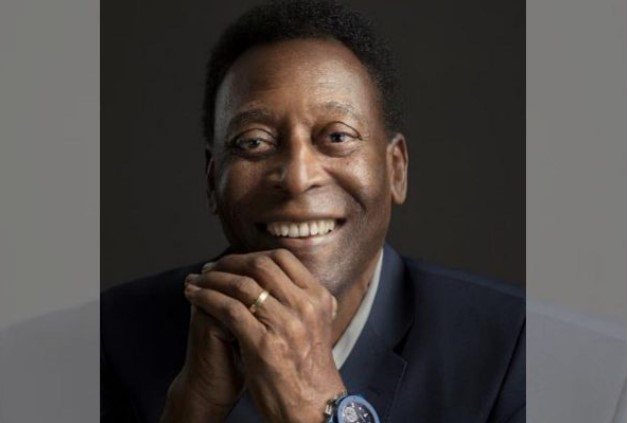 Of simple origin, Pelé and his family moved to Bauru, in São Paulo, when the former player was still a child. During this period, the athlete helped the family by working in stores in the region.Playback/Instagram 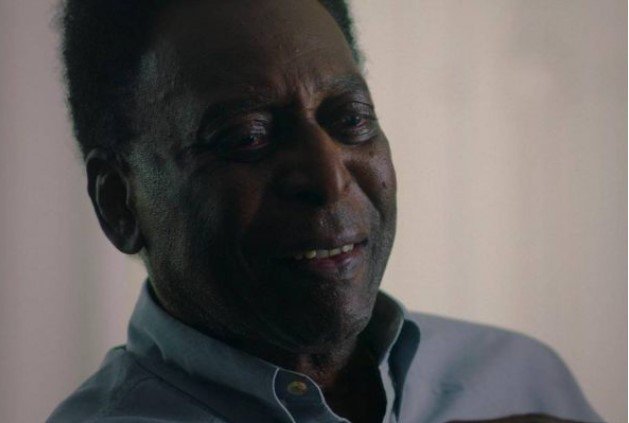 The son of a soccer player, Pelé learned to practice the sport with his father. Talented, he began his career as a child playing for the Bauru Atlético Clube youth team.Netflix/Disclosure 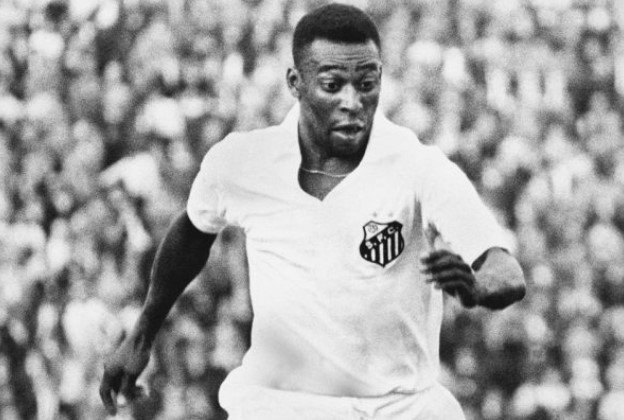 In 1956, Pelé received an offer to officially play for Bangu Atlético Clube. However, he refused because of Celeste, the athlete’s mother, who did not want her son to go to the “big city”. The athlete’s coach then suggested that he go to Santos Futebol Clube, where the player stayed for years and became a true star.Ferdi Hartung/ullstein bild via Getty Images 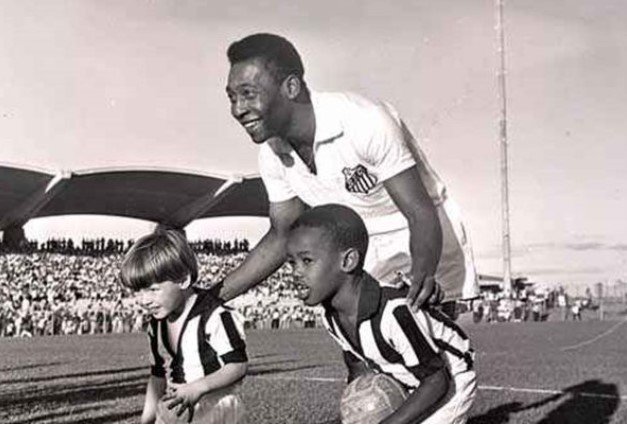 In the first official game for the club, Pelé scored two goals against Corinthians. The feat made the beginner conquer the spotlight. However, it was after the Rio-São Paulo tournament, in 1957, that the athlete became nationally known.Public Archive of the Federal District (ArPDF) 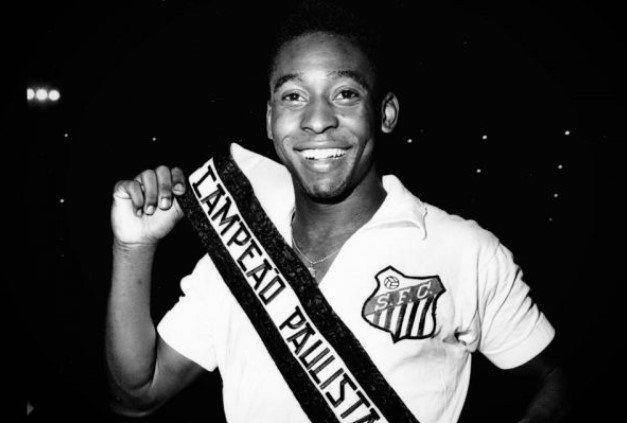 At the end of the tournament, Pelé was called up to play for the national team. As a result, Santos anticipated and made him the holder and owner of the number 10 shirt. During this period, the businessman became the top scorer of the 1957 Campeonato Paulista, with 17 goals Netflix/Disclosure 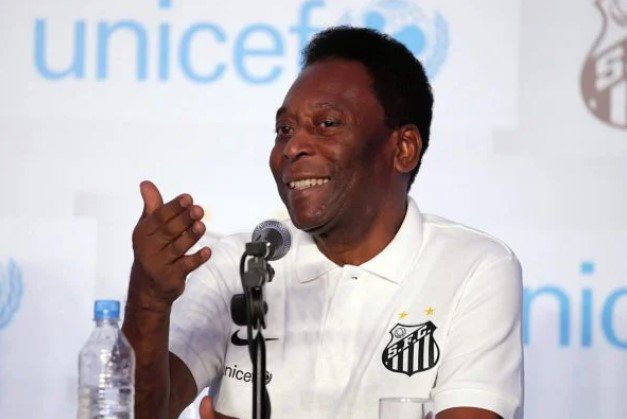 In 1958, Pelé stood out in Santos’ match against America. The performance earned him the nickname “king”, which has stuck with him ever since.Pedro Ernesto Guerra Azevedo / Publicity SantosFC 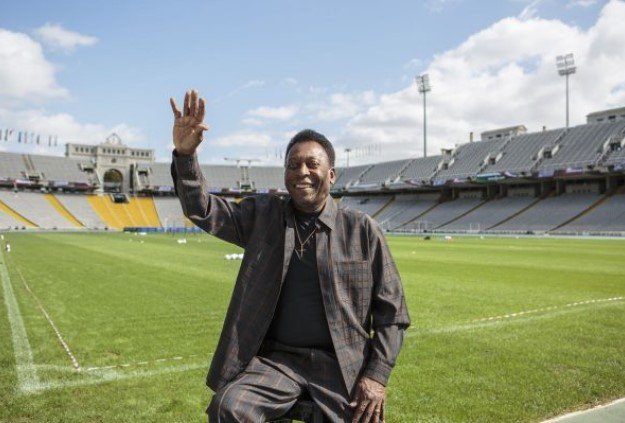 In 1974, Pelé played the last game for Santos. During his time at the club, he won several titles and awards: he was twice champion of the Libertadores Cup, twice world interclub champion, champion of the Silver Cup, champion of the Brazil Cup (five times) and champion of the Roberto Gomes Pedrosa / Rio-São tournament. Paul (four times)Xavi Torrent/Getty Images for Pele 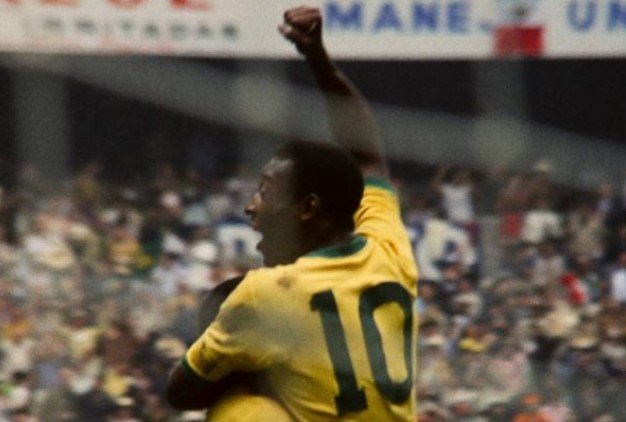 As with Santos, Pelé also wore the number 10 shirt in the Brazilian national team, which became the player’s trademark. Due to the performance he had on the court, in 1962, he was already considered the best in the world.Netflix/Disclosure 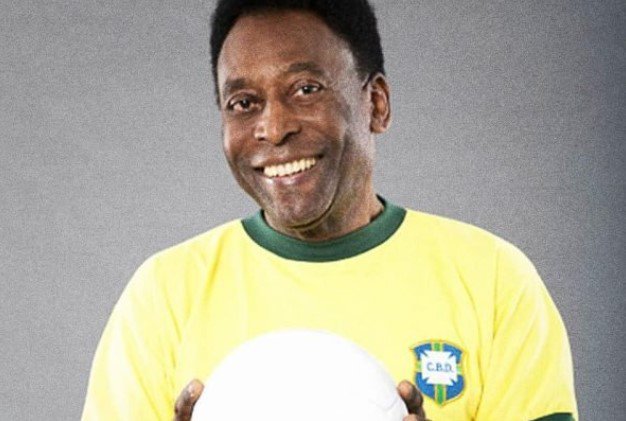 In 1970, during the World Cup, Pelé performed some of the most beautiful moves in football history. In 1971, however, he decided to retire from the national team. Playback/Instagram 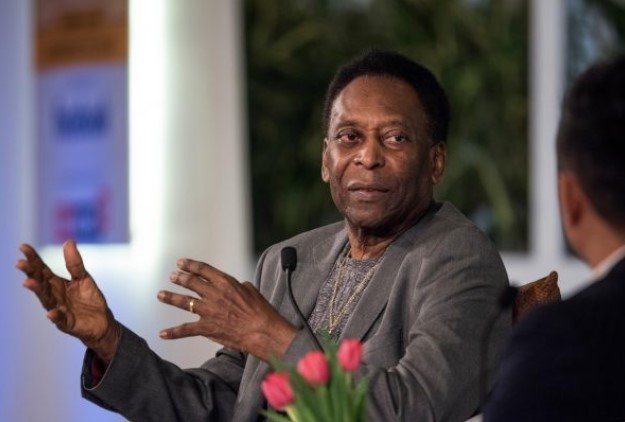 In 1975, he became a player for the New York Cosmos. During his time at the club, the athlete scored 63 goals in 108 games. In 1977, he won the American League Championship – NASL and, some time later, he left the team.Satish Bate/Hindustan Times via Getty Images 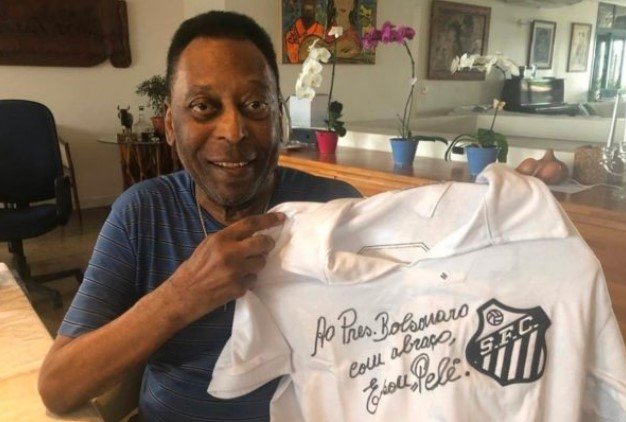 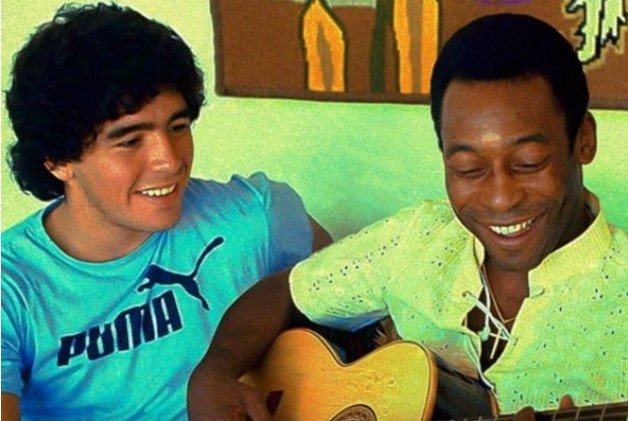 During his career, he won three World Cups, was considered the player of the century by the International Federation of Football History and Statistics (IFFHS). He also won the Athlete of the Century award by the International Olympic Committee; he was seven times the best player in the world by FIFA, among othersPlayback/Instagram @pele 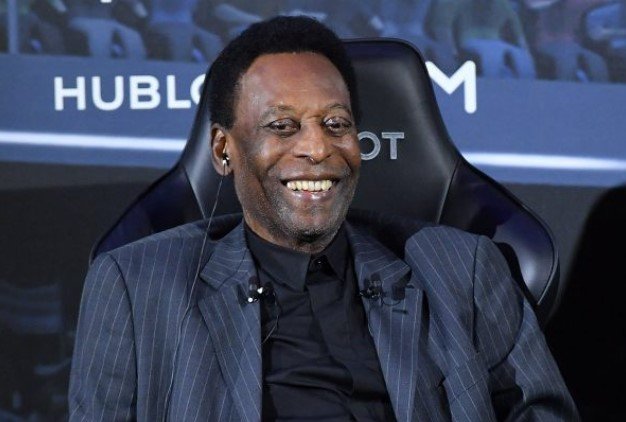 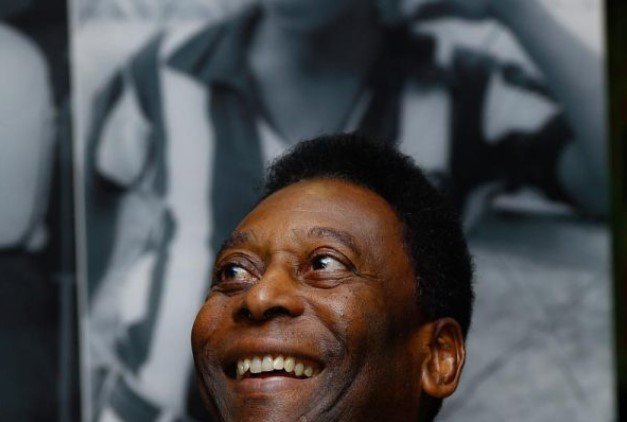 In addition to football, Pelé has starred in different films, documentaries and telenovelas. He has published autobiographies and even received an honorary Knighthood of the British Empire from Queen Elizabeth II at an investiture at Buckingham Palace.Pedro Ernesto Guerra Azevedo / Publicity SantosFC 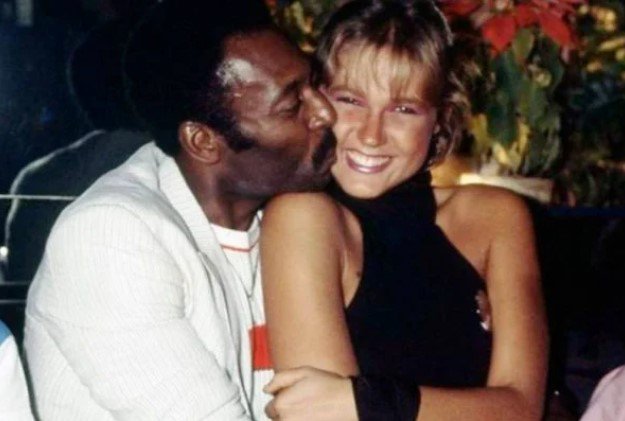 Pelé already had a relationship with the presenter Xuxa Meneghel, was married three times and is the father of Kelly Cristina, Jennifer, Edinho, Joshua, Celeste, Flávia Kutz and Sandra Regina Machado, who died in 2006. the player acknowledged paternityLance Portal 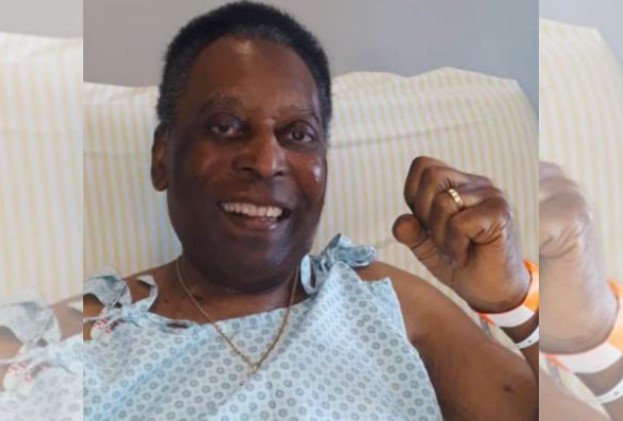 In 2019, Pelé needed to be admitted to treat a urinary infection. In September 2021, the player announced that he had a colon tumor and would undergo surgery to remove it.Playback/Instagram 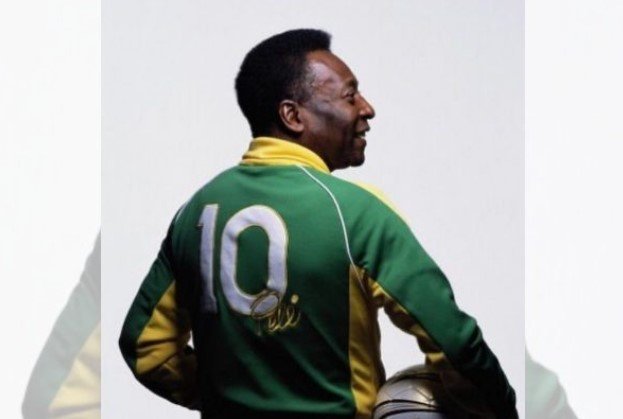 Currently, Pelé is also undergoing chemotherapy treatment to treat a tumor in the intestine, one in the liver and the beginning of one in the lung, according to a report by ESPN. Due to the fragile situation, he continues to be closely monitoredDisclosure

Afterwards, the King sent a message to the players who are going in search of the sixth in Qatar and confirmed that he will follow the match. “I want to inspire you, my friends. I’ll watch the game from here at the hospital and I’ll be rooting for each one of you. We are on this journey together. Good luck to our Brazil ”, he concluded.

The former athlete’s two daughters, Flavia Arantes and Kelly Nascimento, and grandson Arthur clarified in an interview with Fantástico, this Sunday (4/12), that this is not a time for goodbyes. “He is not in the ICU. He’s in a normal room, so he’s not at risk. He is undergoing treatment”, clarified Flávia.

“He’s sick, he’s old, but at the moment he’s there because of a lung infection, and when he gets better, he’ll go home again. He’s not saying goodbye in the hospital right now.”

His grandson, Arthur, commented on the repercussions on the internet. “As I use social networks a lot, I see a lot of people saying: ‘Rest in peace’, and I feel like commenting: ‘No, that’s not it, people’. Of course, one day it will happen, but not today.”

“About three weeks ago, he got Covid. He is vaccinated with all the vaccines, but because of the medicine, the chemotherapy, the cancer, he is fragile, he got a lung infection. And that’s why he went to the hospital “, explained the star’s other daughter, Kelly Nascimento.

In the last medical bulletin, released on Saturday (3/12), the hospital reported that Pelé’s health status remains stable and that the response to the infection has been good. There is no release date yet.