Home › World Cup > Steak with gold: what is the nutritional value of the selection’s controversial delicacy? 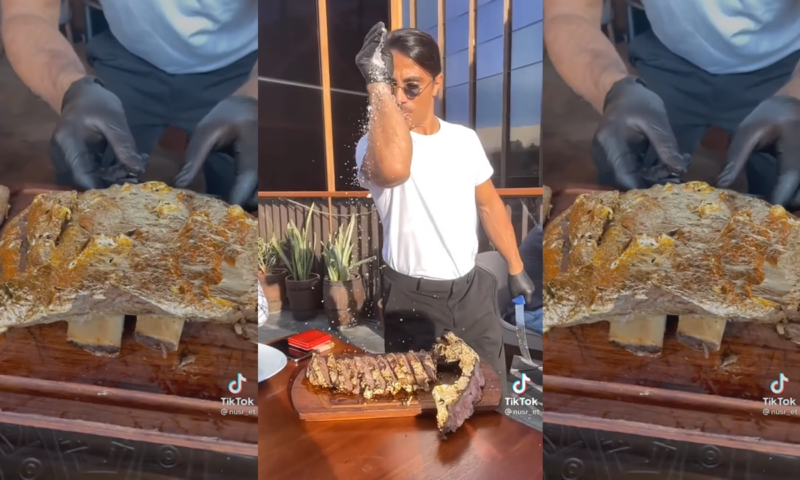 THE Brazilian Team has drawn attention on and off the fields. Last Tuesday (29), some players went to dinner at the Nusr-Et steakhouse, located in the luxury resort Sheraton Grand Doha, in Qatar, and simply ordered a large cut of rib-eye plated with 24 carat gold. The price of this joke? About R$ 3,300.

Ronaldo Fenômeno was part of the group and shared the scene on social media. Some people argued that players could spend their money on whatever they wanted, while others dismissed the episode as unnecessary splurge.

But the unanswered question is: are there any benefits to eating gold-plated meat? If only the nutritional value is considered, know that the noble metal does not offer any.

On the other hand, the additive is also not harmful to health. It is even authorized by regulatory bodies such as the FDA in the US and the EFSA in the European Union. However, it must be offered in its pure form (between 22 and 24 carats), in addition to being manipulated into thin, edible sheets.

Some studies have also pointed out the benefits of gold in food🇧🇷 A 2015 survey published in the journal Rheumatologyfor example, suggests that the metal can prevent damage to affected joints in people suffering from advanced chronic rheumatoid arthritis.

Another study conducted in 2016 points out that gold is capable of helping the immune system, while a 2017 report suggests that the additive may be useful in treating male infertility. Anyway, if you are planning to add the item to your menu, it is worth talking to a doctor or nutritionist first.