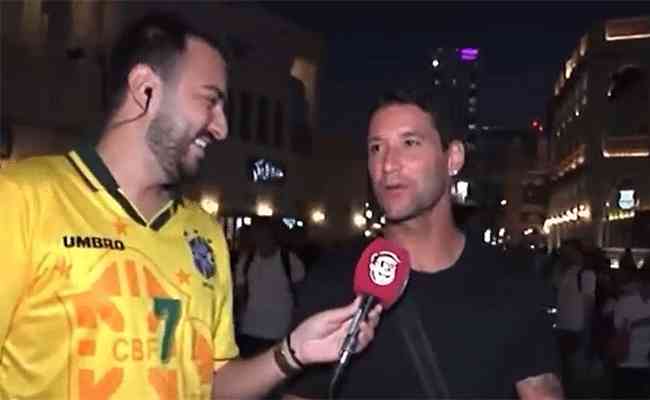 Midfielder Thiago Neves admitted his fears about a possible duel between Brazil and France in the World Cup final. Currently without a club, the former Cruzeiro midfielder, who is in Qatar with his family, gave an interview this Tuesday (6/12) to reporter Rafael Morientes, from Caz TV, and revealed that it is very scary to face France in the World Cup decision.

Qualified for the quarterfinals, Brazil will face Croatia next Friday (9/12), at 12h00, and Thiago Neves showed optimism in the classification: “Just keep playing that way, seriously, that the title will come”.

However, regarding a possible semifinal against Argentina, the midfielder stated that it is a “hardship”. Finally, Thiago Neves was asked about facing France in the final and the athlete was very clear in his answer: “Obviously it’s scary.”

Check out Thiago Neves’ speeches about the World Cup

Thiago Neves: “I’m already screwed with a statement like that (laughs). But, the way Brazil is playing, the confidence that the last game gave us, even though we lost to Cameroon, this last game against Korea gave us a lot of confidence. It’s great, I think the Selecao has everything to be a six-time champion. Just keep playing that way, with seriousness that the title comes”.

Rafael Morientes: “And Argentina in the semifinal?”

Thiago Neves: “Pedreira, quarry, but I think Brazil is better”.

Rafael Morientes: “What about France in the final? Is Mbapp scary?

Without a club since leaving Sport in September 2021,

Previous Brie Larson, Captain Marvel, is Canceled After They Find Controversial Film of the Actress
Next After winning, Richarlison console Son: “Hero”