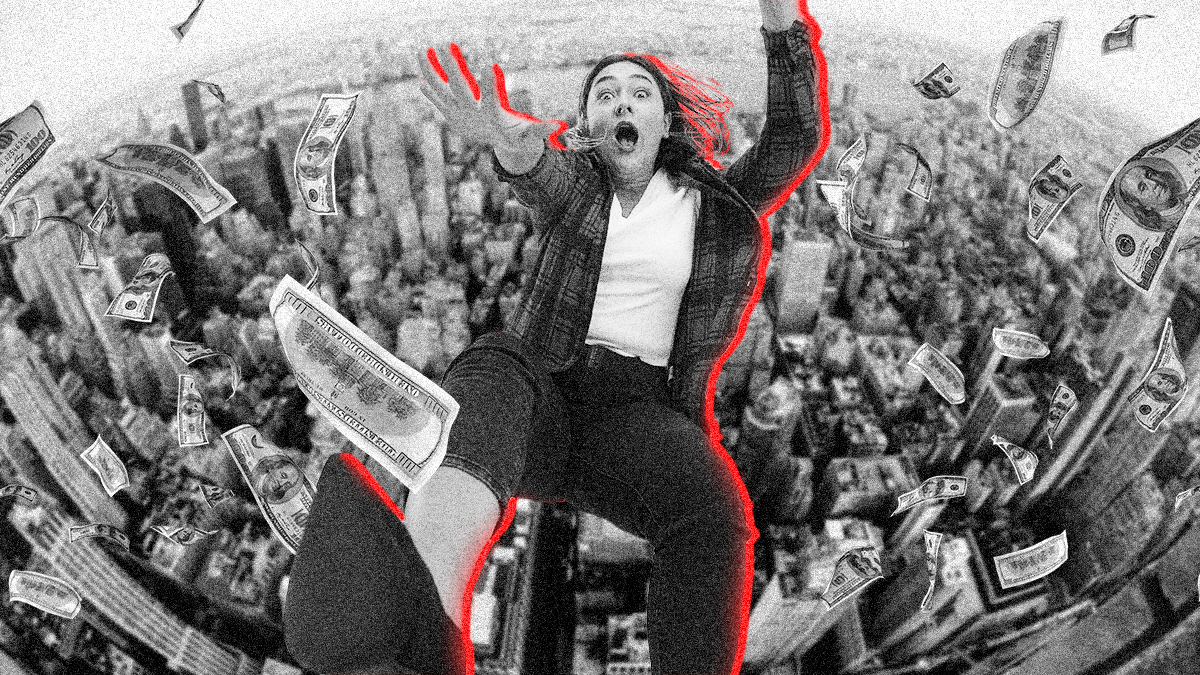 No company is too big to fail – unless you are a bank and offer risk to the market for being too “bold” in your operations, but that is another topic. And for those at the top, the fall ends up being even more abrupt and profound. In the world of startups, it’s hard to find a company that doesn’t dream of being valued at more than US$ 1 billion and being part of the select group of unicorns.

The title is often accompanied by prestige: the example to be followed, the successful case and the achievement of a job well done. A self-fulfilling prophecy. “For a long time, in the business world, the ‘too big to fail’ mantra was taken seriously: from a certain size, startups gained more and more investor confidence – leading to a scenario of blind trust, with other players following those who had already contributed”, wrote Victor Marques, head of content and startup investor at CapTable Brazilon the StartSe blog.

But can I say a truth? be a unicorn NO makes a startup foolproof. And 2022 has been a good year to prove that idea. With rising interest rates, political uncertainties and macroeconomic issues, the ecosystem has been experiencing a turbulent period marked by a drop in valuation and mass layoffs in high-growth companies, such as loft🇧🇷 Ebanx🇧🇷 99🇧🇷 loggi🇧🇷 VTEX and easily🇧🇷 Even Big Techs, which seemed unstoppable, suffered.

“Observing the mistakes that led consolidated startups to failure is a way for entrepreneurs to avoid repeating the mistakes in their own businesses”, says Victor. “If these mistakes were able to bring down capitalized businesses with astronomical valuations, it is easy to imagine what they would do to earlier startups.”

Our friends at StartSe selected 4 unicorns that were at the top and failed for different reasons in their trajectories. See who they are below:

Founded in the United States in 2004, the evernote took the world by storm with its note-taking and task management app. The startup achieved unicorn status in 2012 thanks to a $70 million Series D. With the round, the company already raised US$ 166 million since its foundation.

At the time, TechCrunch reported that the evernote didn’t even need the money. “The company still has most of the $96 million it raised to date in the bank, plus more than a million paying customers from its more than 25 million users. But now the evernote will have money to insulate itself from short-term market conditions. Series D will fund international expansion, strategic acquisitions, business account development and the hiring of developers, designers, Q&A and support,” the report said.

But things started to go downhill a few years later. According to StartSethe reason for the failure of the evernote it was the lack of focus. “From the acquisition of users, passing through the development of niche products and functionalities that did not matter and, finally, not defining an ideal customer profile and not finding a product-market-fit, that is, understanding in which market segment the product fit – before scaling,” says Victor.

He points out that the loss of vision came when pressure from investors for growth made the evernote “throwing in all directions and growing in the wrong direction”. Although the freemium business model attracted millions of users to the free offer, engagement was not enough to consume the paid services. “THE evernote tried to create a product that catered to everyone, without focusing on one type of user – this led to a brand identity crisis and stagnated the product.”

This American game developer reached the height of its popularity around 2010, when it released the game Farmville on the Facebook🇧🇷 Founded in 2007 in the United States, Zynga registered more than 80 million users with the game – about 20% of the entire Facebook base at the time, according to the British newspaper The Independent.

What harmed the business, according to the CapTablewas that the Zynga became dependent on just one platform and on a technology that was heading towards its end. “The game, popular in the Facebookwas developed for Flash, technology from Adobe which became obsolete – especially after Apple barred the plugin from running on iPhones”, explains Victor. The startup also took time to adapt to other platforms and bet on the smartphone games market.

“The growth of the App Store and Play Store has also captured most of the attention of users looking for casual games. And the Zynga took a while to realize and adapt to the new reality. Although it offers its games in app stores, it missed the timing of the turn and fell into oblivion”, adds Victor.

In search of new growth opportunities, Zynga was acquired by Take-Two Interactive, the game developer and publisher that published the Grand Theft Auto (GTA) franchise, for $12.7 billion. According to CNN, the actions of the Zynga were up nearly 45% in market trades on announcement day in January 2022, and Take-Two’s were down about 15%.

Straight from England, the Powa Technologies was a solutions company for integrating the world of physical and digital commerce. The startup was founded in 2007 by Dan Wagner, and in 2013 it received a series A check for $76 million. At the time, the company did not reveal the exact valuation, but said it was in the hundreds of millions of dollars.

In June 2014, the Powa acquired the MPayMe, from Hong Kong, and its ZNAP technology. After the acquisition, the startup called itself a unicorn and announced that its valuation was already around US$ 2.6 billion. The startup even said it had contracts with 1,200 businesses, but these were nothing more than letters of intent.

“The lack of knowledge when looking for investment was what led the startup to ruin”, analyzes Victor. “With the loan, it was subject to a sudden charge by the creditor, which happened: suddenly, the biggest investor in the company Powa Technologies🇧🇷 Wellington Management, borrowed £42m to be repaid by the end of 2013.” The startup filed for bankruptcy.

In addition to the lack of notice about debt collection, the Powa had excessive expenses that made the situation worse. “The startup occupied two floors of the Heron Tower, London’s tallest skyscraper at the time – a premium location, incompatible with a startup in its inception. According to the Deloitte document, the lease alone cost £6 million over three years,” points out Victor.

THE Theranos it was successful with investors and the police and even became an Emmy Award-winning series. Founded in 2003 by Elizabeth Holmes, the startup operated as a blood test laboratory and promised to have developed technology to perform tests quickly and accurately by collecting a few drops of blood.

In less than 10 years, the startup was already valued at around US$ 10 billion and the entrepreneur was considered a revolutionary leader. The problem was that the solution considered revolutionary was nothing more than a fallacy. In 2015, The Wall Street Journal published an investigative report and revealed that a small number of the tests were actually done with a few drops of blood, and that most followed the traditional collection model – in the arm and in test tubes.

“The end of the story was the sharp drop in the market value of Theranos and its subsequent dissolution. Lawsuits, complaints and even criminal charges brought the company to an end – the founder was found guilty of four crimes: three counts of fraud and one of conspiracy to defraud investors”, explains Victor. In January 2022, Holmes was found guilty and sentenced to 20 years in prison.

Previous After coach and director, Bahia prepares new announcements in football
Next Exchange of prisoners between the US and Russia is yet another diplomatic mess by Joe Biden – News