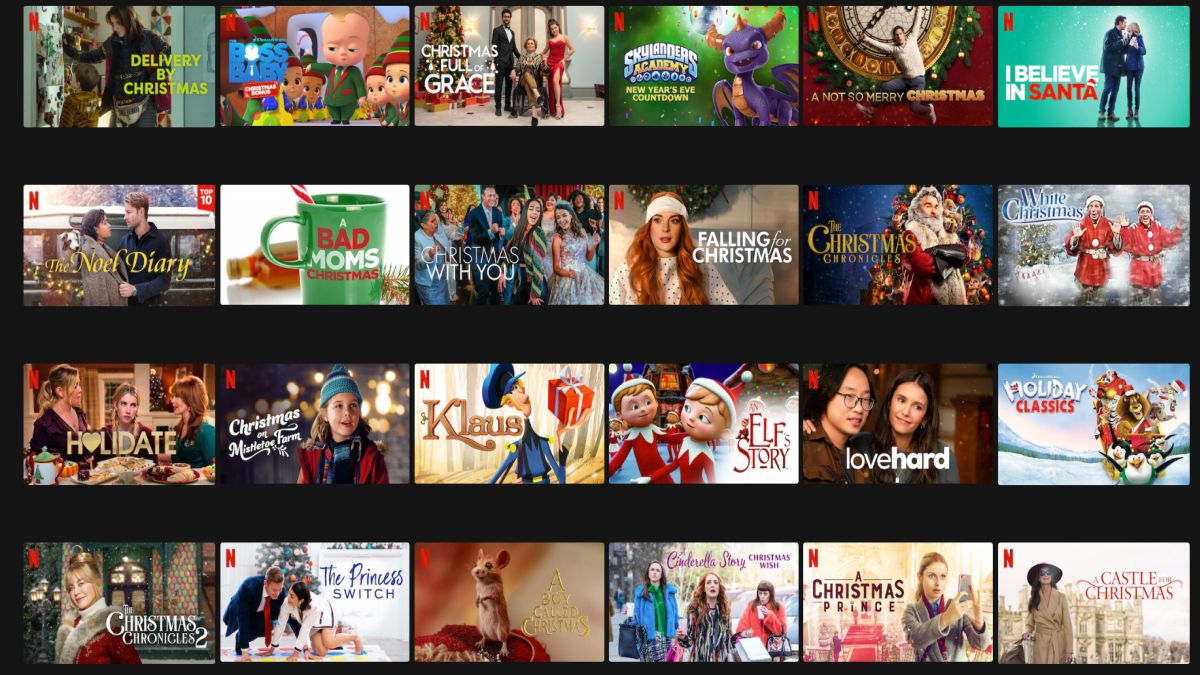 Netflix Christmas movies are becoming more and more of a tradition for people who love to watch holiday movies. Indeed, the streaming service has a ton of original and exclusive Christmas movies to stream, and more are being added for the 2022 season. But which of Netflix’s Christmas movies are the best? We’ll pick our favorites to watch, which also include some classic non-Netflix exclusive movies. You can subscribe to the service at the link below:

Netflix is ​​still the top premium streaming service with over 200 million subscribers worldwide. It offers thousands of movies and TV shows to watch, including its ever-growing list of original movies and series, including Stranger Things, The Witcher, Bridgerton, and many more.

The Best Christmas Movies on Netflix

Kurt Russell plays Santa Claus himself in this Netflix original film. Santa Claus is doing his usual Christmas Eve toy delivery with his flying reindeer and sleigh. However, two children in Chicago accidentally cause Santa’s sleigh to fall. Now it’s a race against time to get Santa back on track before Christmas Eve turns into Christmas Day. The production values ​​and visuals look great, and we love Russell’s performance as a slightly tougher, smarter Santa. You can also watch the sequel, The Christmas Chronicles 2, on Netflix now.

This 2019 Academy Award Best Animated Feature nominee tells the origin of Santa Claus, or at least its most recent version. A postman and a toy maker team up to give gifts to local children, and so begins the legend of how these two basically merge into Santa Claus. The story and animations are very charming.

This sequel to the hit movie Bad Moms reunites Mila Kunis, Kristen Bell and Kathryn Hahn as three suburban moms who, in their first movie, definitely broke some rules. In this sequel, the three mothers receive an unexpected visit during Christmas from their own mothers, played by Christine Baranski, Cheryl Hines and Susan Sarandon. Naturally, their holiday season takes a backseat. This is an R-rated movie, so keep this Christmas movie away from the kids, but it’s still funny, if a little raunchy too.

This Netflix Christmas movie is also about catfishing. A young woman falls in love with a man on a dating app. However, when the couple finally meet face to face, she discovers that the boy is not the same as the photos she used in the app. To complicate matters, the guy in the photos actually exists. Will the woman fall in love with the man in the photo or the real person behind the app?

One of the new Netflix Christmas movies this year is this romantic drama. Justin Hartley plays a writer who has returned home for Christmas. It’s not a joyous event, as he’s back to settle his late mother’s inheritance. However, in his old house, he discovers a diary that contains some information about his past. He also runs into an old flame who is looking for his biological mother and who happens to be his former nanny. The film is about how learning about your hidden past can help you discover love in the present.

This is the latest adaptation of Charles Dickens’ classic Christmas story of redemption. This CGI animated film follows the original story and setting but with some good animations and character designs, especially for the three ghosts of Christmas who take old Scrooge into the future to show him the true meaning of Christmas. The film’s voice cast includes Luke Evans, Olivia Coleman and Jessie Buckley.

Bing Crosby and Danny Kaye star in this classic 1954 Christmas musical. Two former US Army soldiers in World War II are trying to help their former general, who bought a country inn but faces its impending closure. The big draw here are the musical numbers, which of course include the film’s title song (originally created for the 1942 film Holiday Inn).

This Netflix Christmas movie has an unusual setting. Kristen Davis plays a woman who plans to take a second honeymoon trip with her husband to Africa. However, her husband decided to leave her at the last minute, so she heads to the country of Zambia alone. She meets a friendly pilot, played by Rob Lowe, and the two spend their Christmas break at an elephant sanctuary. Yes, it’s Christmas, but in the hot, sandy desert, not the cold, snowy forest.

The story of the Prince and the Pauper is updated in this classic Netflix Christmas movie. Vanessa Hudgens stars as Stacy, a baker from Chicago who travels to the European country of Belgravia to participate in a Christmas baking competition. However, while in the country, she meets her exact physical double, Duchess Margaret Delacourt (also played by Hudgens). The Duchess wants to find out what it’s like to live like a normal person before she marries the Prince of Belgravia, so these two women switch identities to find out how the other half lives.

A Christmas Prince stars Rose McIver, who is currently starring on the CBS show Ghosts. She plays an American journalist who is assigned to cover a press conference for the Prince of Aldovia. However, she is soon mistaken for the new tutor of a young country princess. Her character thinks this mess might be good for her career as she might get some royal family secrets. Things get a little more complicated when she starts to have romantic feelings for the prince.

There are a lot more Christmas movies on Netflix to binge watch. Here are a few more that didn’t make the top 10 list:

These are our picks for the best Netflix Christmas movies currently available on the service.

Previous Password ‘123456’ is the most used by Brazilians; see if yours is on the list
Next Palmeiras demands decision-making power over the host of the Super Cup and sends a letter to the CBF – Notícias do Palmeiras 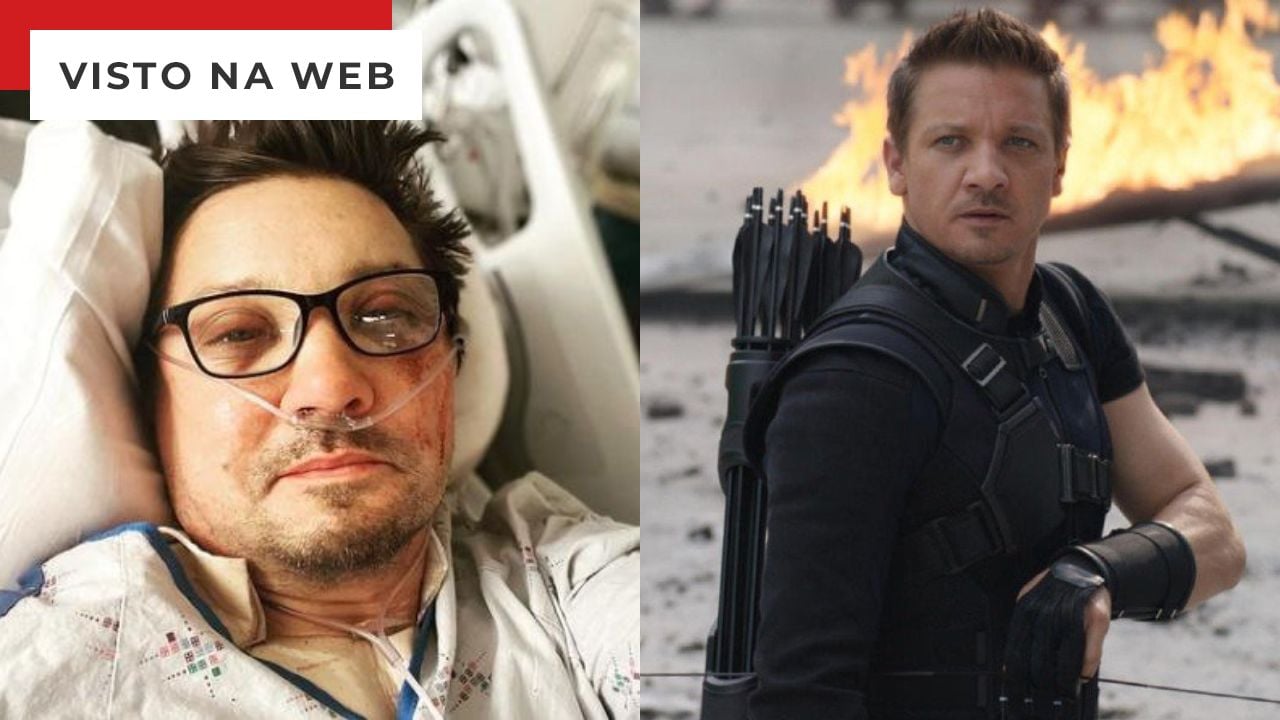