After releasing its evaluations on the iPhone 14 Plus screen, DxOMark published this Thursday (08) the results of its test with the dual camera of the Apple cell phone. Although there are few changes compared to the “cheaper” models of the previous generation, big tech promises better photographs in night landscapes. 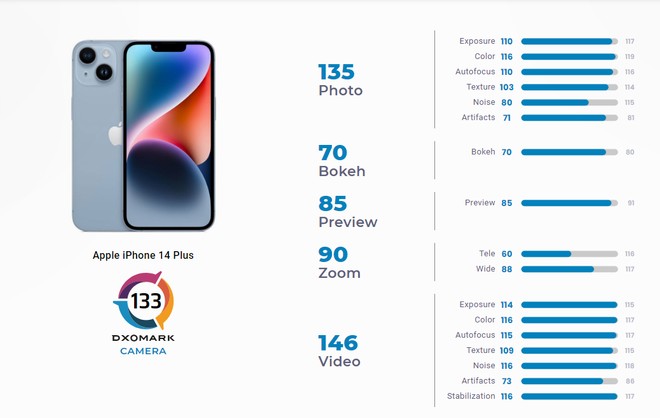 It is worth remembering that the iPhone 14 Plus has a main lens with a focal length equivalent to 24 mm, f / 1.5 aperture and 12 MP sensor inherited from the iPhone 13 Pro with OIS stabilization. The ultrawide lens, in turn, has exactly the same 12 MP sensor as the iPhone 13. The set is capable of recording videos at up to 4K @ 60 FPS.

The iPhone 14 Plus scored the same as the iPhone 14, after all, both models share the same camera specs. This means that the DxOMark highlighted good exposure and natural color rendering🇧🇷 snappy, accurate autofocus; and portrait mode with great background separation.

Videos shot with the model have the same exposure quality with good dynamic range as still photographs. In addition, DxOMark points out that video stabilization is effective, even with intense cell movement. The portal does not inform if it used the Action Mode to make this statement among the pros. 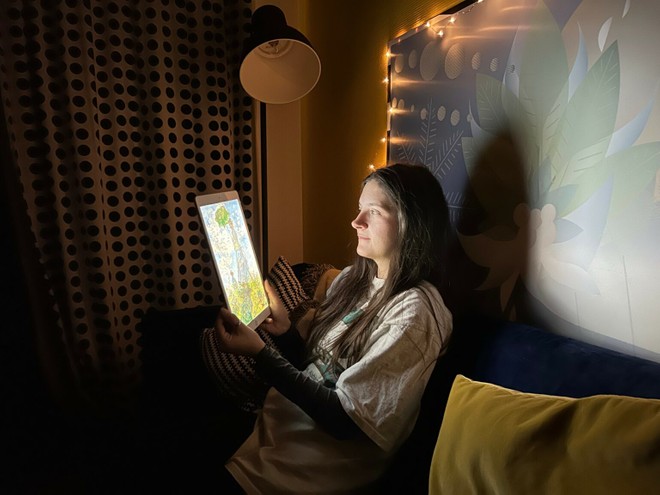 Moving on to the “cons”, it is possible to identify lighting noise in dark environments. High-contrast scenes are not always easy to handle for the iPhone 14 Plus, and if there is a lot of backlighting, it is possible that the effect of clipping — that is, the “blown white” — in the images. Unlike the “Pro” models, there is no macro mode.

Common problem when recording video with Apple cell phones, the iPhone 14 Plus does not escape lens flare effectvery common when recording night scenes with brighter light sources, which causes a “ghost light” to appear on the film.

In some cases, it is possible that the exposure in videos exhibits instabilities and takes time to adapt to the scenario. Another issue with image processing is the slight color shift to orange tones in low-light indoor environments. Lenses can also register noise from moving objects, also in dark places.

The iPhone 14 Plus is available in Brazil with a suggested retail price of R$8,599, but can now be found for prices below R$7,000. Its main rivals are sold in the country with lower prices and delivering much more attractive sets.

The Galaxy S22 Ultra, for example, has a periscopic camera with 10x optical zoom, and is sold in the country with Snapdragon 8 Gen 1 for most attractive prices🇧🇷 The Google Pixel 7 is not available in the national market, but it is sold for a much more affordable price of US$ 599 (against US$ 899 for the iPhone 14 Plus). 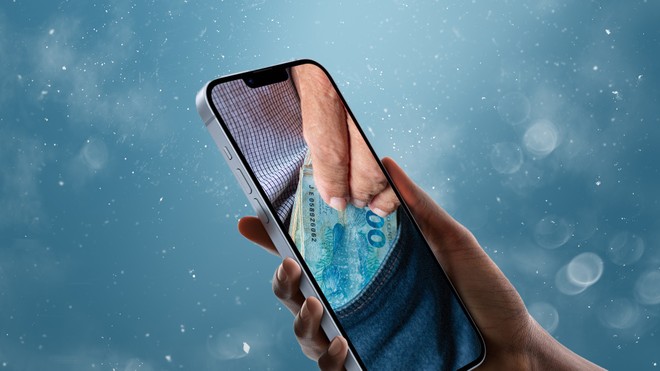