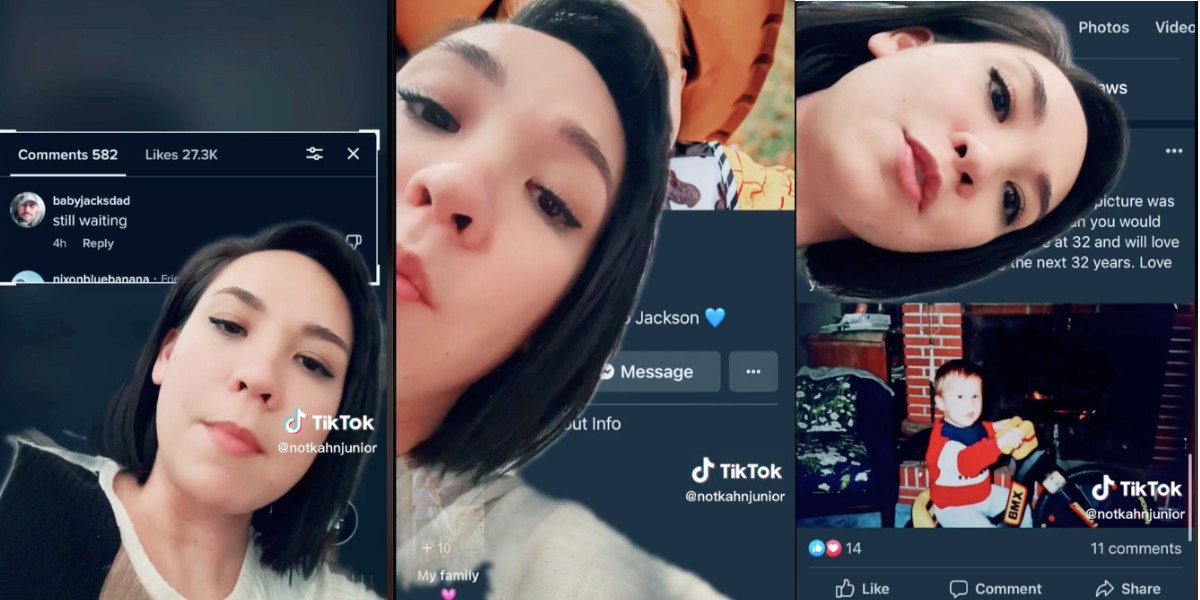 A tiktoker became known for revealing apparently hidden user data. Content creator Kristen – who does not reveal her last name –, owner of the @NotKahnJunior profile, is from Chicago, in the US state of Illinois. She has 340,000 followers and grew on the network by solving challenges proposed by her own followers for her to find out their date of birth – even if the birthday was not public information on the networks.

She told Business Insider about her tactic of revealing private data. According to Kristen, it all started with a trend on social media where people lied about their age. “There was a woman who said she was 21, and a lot of people commented on the post saying she looked older. A few days later, she posted another video saying, ‘How about you guys guess my age?’ I took that as consent to make a funny video,” Kristen told the site.

“In the video I said, ‘I know you’re not 21 because I went on your Instagram and I saw your friend tag you in a photo. You’re in the same sorority and she posted her driver’s license and covered her age with the thumb, but it didn’t cover the year… So you’re actually between 29 and 30 years old,” she said in the recording.

The video went viral, reaching 15 million views. Today, her content is all about solving the age challenge: her followers who have seemingly private profiles challenge her to find out their birthdays.

Most of the time, she succeeds. Kristen says you don’t have to go to documentation record sites to find this data. She uses only social networks, proving that users expose more information than they think.

“I find it fun to show people that I’m only using information that they or their friends or family have provided on social media profiles. I get a lot of comments that say, ‘There’s no way you can find me because I don’t have any information about myself on my TikTok. I don’t even have my name there. of users.

On the other hand, his profile displays difficult searches, involving entering other people’s profiles and “tweaking” information from friends of users until finding a clue about the age of the investigated person.

She guarantees to play the exposition game only with people who request and authorize the search of their profiles. According to Kristen, there is a generation gap when it comes to exposing data on social media.

“Millennials have easier information to find because we’re on all social media platforms. If someone was born between 1990 and 1995, there’s a high chance they have Twitter, Facebook, Tumblr, Pinterest and Instagram. Nobody ever told us not to tweet about how excited we are to celebrate our 15th birthday party. As for people in their 20s, 21s, 22s, I find it a little more difficult. People have been told to be more careful. Generation Z doesn’t have as much information available as millennials ,” he told Insider.

Tiktoker says it sees a positive side to its content. Despite how daunting it may seem to some, Kristen has been raising awareness about online exposure. She says many people use the same tactic as her to check out information about people from dating apps.

“I’m just doing what I would do to double check if I met someone on Tinder. I’ve had a lot of people in my comments saying, ‘I do this, I’m not alone!’ This is useful for teaching people new ways to protect themselves,” he said.

Previous Brazilian rival agrees to pay R$700,000/month to prevent Michael from returning to Flamengo
Next UpDown: from Mila Kunis to Black Friday