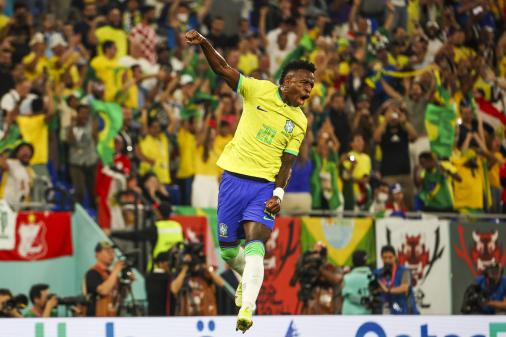 Why does Vinicius Junior want to break his contract with Nike?

One of the leading names in Brazilian Team, Vini Jr is dissatisfied with Nike. The sports material supplier sponsors the attacker, but has not pleased the player currently. The idea is to break the contract, as Uol first published and THROW! confirmed. Lawyers were called in to do so.

But why is Vini Jr dissatisfied? The main reason is that the attacker understands that he has been treated unfairly by the US company. The boots used by the player, for example, are from an old collection. The attacker’s physical and digital partnership with the company has been more bureaucratic than the length of the relationship would indicate.

The feeling is that he is undervalued by the company. It is worth noting that Vini is 22 years old and has been sponsored by Nike since he was 13. Both at Real Madrid and the national team, he is one of the main characters on the field and also among the commercial assets.

Litigation, therefore, has much more to do with the issue of treatment and valuation than financial aspects. Not even a superior proposal from Nike, in terms of money, would make Vini Jr give up the idea of ​​change.

The agreement between the parties runs until 2028. That is why the attempted breakup. And that’s also why he continues to use the brand’s boots, against his will.

Previous ‘Bill & Ted’ producer arrested after allegedly stealing more than $1 million in robbery
Next as a Brazilian, he watched 11 World Cup games without paying, visited all the stadiums in Qatar and even ate in the VIP area