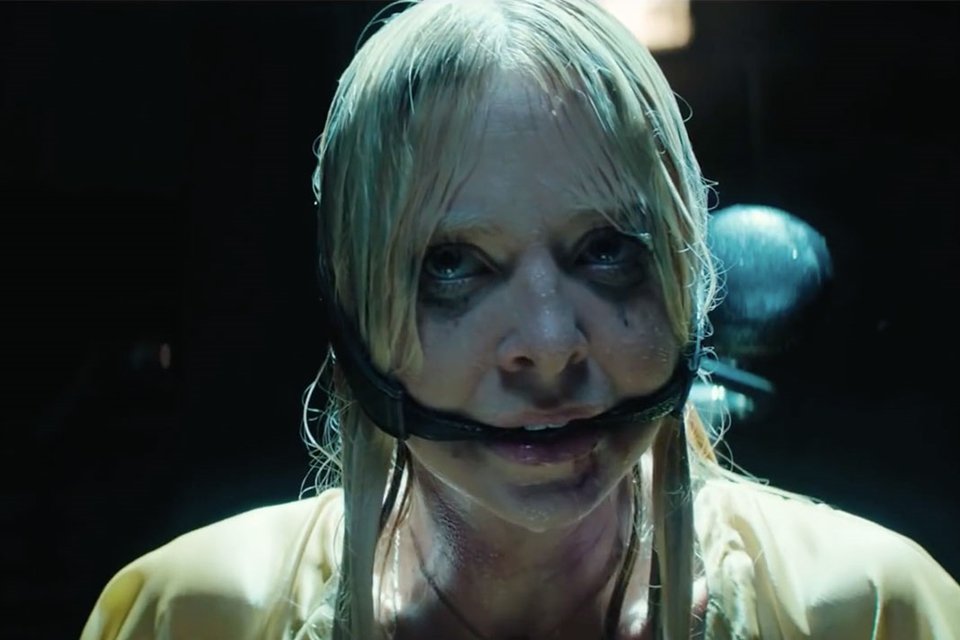 Who doesn’t love a good mystery, right? To bring to life the Sherlock Holmes that lives inside each of us, there is nothing better than watching good mystery movies. Those same ones that leave us glued to the screen, trying to understand what’s going on and unravel the most obscure puzzles. However, choosing what to watch within the subgenre is not a simple task.

Thinking about it, we selected 7 incredible mystery movies for you to watch on the edge of the couch, they are so good. Check out!

When watching the footage from the body camera that was on her colleague, however, the character notices that something strange appears in the video. Was it something supernatural? It’s up to her to investigate the mystery and try to stop other people from getting hurt.

Okay, Puppet of Evil (2016) it may have a little foot in terror, but it is undeniable that the narrative is full of mysteries, which qualifies it for this list. In the plot, an American nanny (Lauren Cohan) is hired to take care of a mysterious child of an English family. However, here is the surprise: the child is a doll.

Throughout the film, strange events make the nanny believe that the doll is alive and that she is in danger. She tries, then, to understand the mystery surrounding the “child” and what would be causing all that. Is the risk real or is it all in her head?

Imagine a secluded island paradise where you can make all your wishes come true. Sounds great, right? Well, according to the 2020 film Fantasy Island, not so much.

Directed by Jeff Wadlow, what the feature has most are mysteries. In history, a group of people is selected to spend time on a beautiful island and, moreover, may have a wish (whatever it may be) come true. However, things get complicated when those desires start to backfire on visitors to the place.

How do these wishes come true? Who’s behind it all? These are some of the mysteries you’ll have to solve while watching the movie!

4 – Between Knives and Secrets (Knives Out)

There is no way to talk about mystery films without mentioning Knives Out, from 2019. The film, written and directed by Rian Johnson, features a star-studded cast, such as Daniel Craig, Chris Evans, Ana de Armas, Jamie Lee Curtis, Michael Shannon and Toni Collette.

The narrative is a classic “detective tries to solve mystery”. Detective Benoit Blanc (Craig) tries to solve the murder case of a patriarch (Christopher Plummer) from a family full of eccentric and suspicious figures. Who could have committed the act?

3 – You Should Have Left

Starring Kevin Bacon and Amanda Seyfried, this provocative 2020 film follows a family vacationing in Wales, UK. Over there, they rent a modern house in the countryside, well isolated from the hustle and bustle of the city. However, nothing in the residence is what it seems to be.

Gradually, the couple formed by a banker (Bacon) and the actress (Seyfried) realize that the house may harbor something evil. Now they (and we) need to figure out what might be troubling the family. The film was written and directed by David Koepp.

The runner-up on our list was released in 2003, but it’s still one of the best mystery films available. we are talking about Identityfilm directed by James Mangold and scripted by Michael Cooney.

To avoid spoilers, an abbreviated version of the plot reads: On a rainy night, ten strangers find themselves seeking refuge in a run-down Nevada hotel. The problem is that, one by one, people in the group begin to die without explanation.

And the number one position on the list of best mystery films goes to David Fincher’s masterpiece, Seven: The Seven Deadly Crimes. Released in 1995, the feature has Brad Pitt, Morgan Freeman, Kevin Spacey and Gwyneth Paltrow in the cast.

The film focuses on a criminal investigation of a serial killer who has been killing people according to the seven deadly sins described in the Bible. A young detective and a veteran form a relentless team to solve the bloodthirsty mystery.

The work has some of the most iconic scenes in the mystery subgenre and is worth every minute!