Carol Dantas impresses by showing her son with Neymar Jr, riding a camel through the desert

the digital influencer Carol Dantas surprised to show his son with the player Neymar Jr, riding a camel through the desert. The young man is the only heir of the athlete. The boy Davi Lucca is 11 years old. The boy lives with his mother in Barcelona, ​​Spain.

The player and the influencer had a very quick romance, in 2011. Even with the end of the relationship that did not work out, the two maintain a great friendship and a good coexistence in the name of raising their son.

It didn’t take long and Neymar soon began to gain prominence in football, the athlete who had his pass negotiated, became part of the Barcelona squad in 2013. That’s why he ended up moving to Europe. At first, Davi Lucca, who lived with his mother in Brazil, used to visit his famous father frequently abroad.

After some time, Carol Dantas married the businessman Vinicius Martinez🇧🇷 Together they became the parents of a beautiful baby boy. Little Valentine is three years old. Soon the family decided to move to Barcelona, ​​as they were closer to Paris, France, where the star lives. Because of this, it was much easier for the boy Davi to visit his father.

With Neymar’s call-up for the World Cup, the famous went to Qatar with her husband and two children. As Davi Lucca had some school commitments, mom chose not to follow Brazil’s first games. However, since they arrived in the capital Doha, the proud mother showed many moments with her family.

In addition to posing with the two heirs in front of the stadium in Brazil’s match for the round of 16 against South Korea, which took place last Monday (05), Carol Dantas impressed fans by showing an unusual photo of Davi. In the image that was published on the influencer’s social networks, Neymar’s heir appeared smiling sitting on top of a camel, while strolling through the desert. 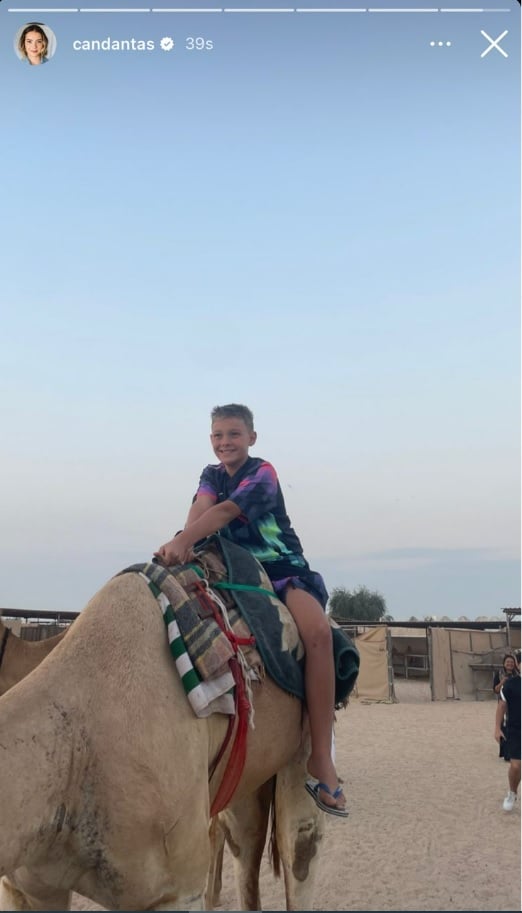