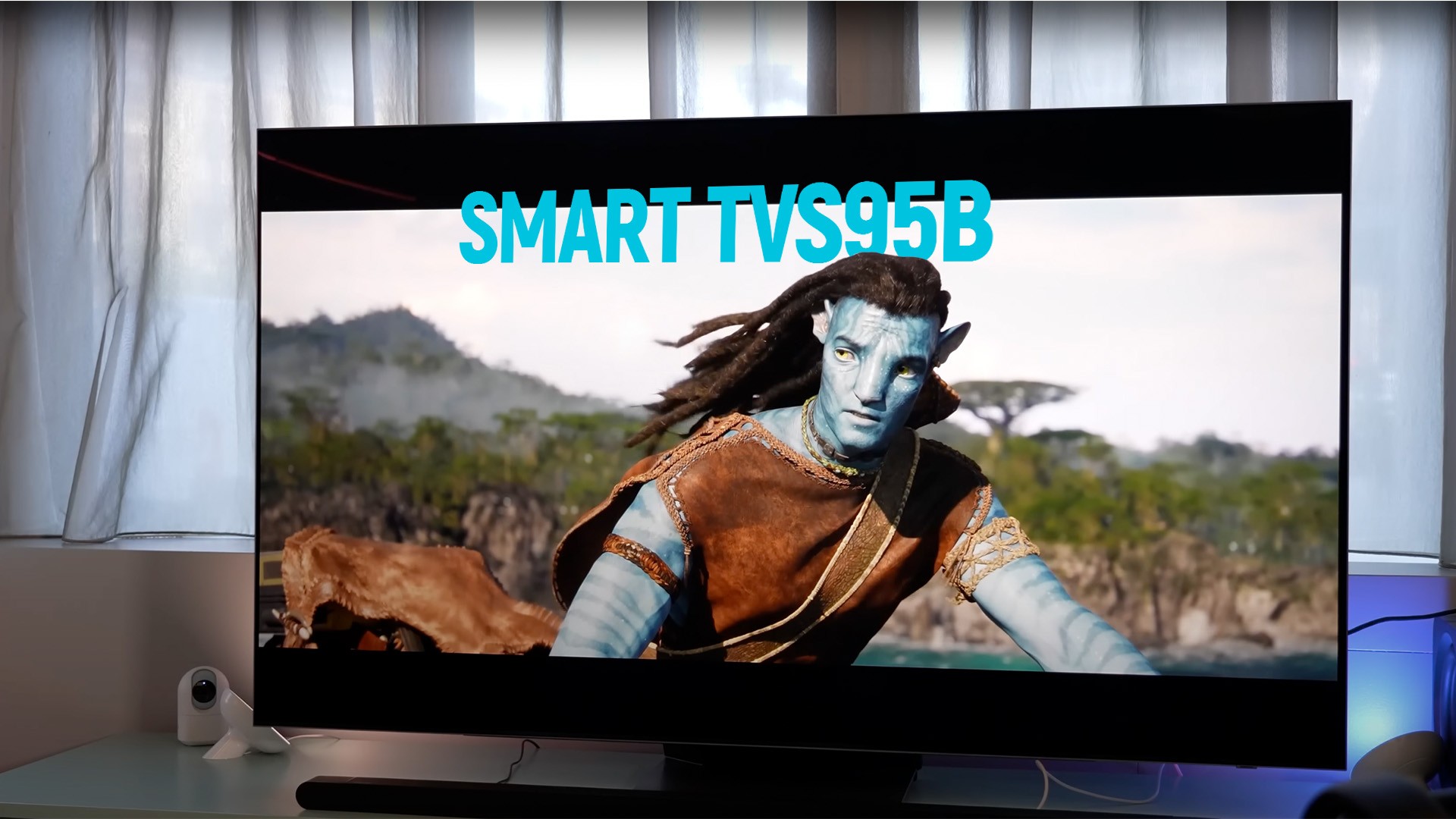 Samsung launched its first TV with a display that features OLED technology. To be even more specific, we are talking about the QD OLED panel, since it has some technical characteristics that differentiate it from the solutions offered by the competition.

Even so, it is important to highlight the use of this technology on a larger screen, since Samsung is known for producing OLED displays for smartphones and tablets for some years now.

In the S95B model we have sizes of 55 and 65 inches and of course this also means that we are with a premium television.

Want to know more? Scroll down and see our first impressions of this Samsung model. 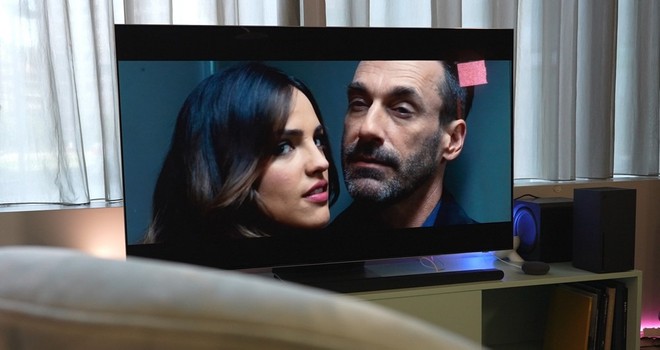 As the main highlight of this television is its display, nothing fairer than starting this hands-on talking about it. Well, Samsung uses a very different solution from LG and conventional OLEDs.

Here we only have the emission of blue light and the substrates are absorbed by the quantum dot nanocrystals and this results in the emission of green and red colors. That is, something that is equal to traditional OLEDs.

However, Samsung’s solution makes the colors remain pure and this generates even better saturation and above average performance, especially in HDR content.

An interesting detail worth mentioning is that this 55-inch panel, with 4K resolution and a refresh rate of up to 120 fps, heats up much less than any other OLED.

This undoubtedly results in better efficiency, and therefore less energy consumption. The TV still brings a series of image adjustments, something already enshrined by Samsung.

A single problem that may disappoint a lot of people on this TV is that the black level, or rather the depth of it drops when there is ambient lighting. If you decide to watch a movie in the darkroom. Perfect. Quality will be as expected.

However, if the room light is turned on, when getting close to the display it is possible to notice that the black ends up going to a dark gray tone. It’s a small, important detail that deserves to be mentioned.

Finally, if you are looking for a television to make noise or to watch the World Cup games with the family, the Samsung S95B brings a good set of audio. 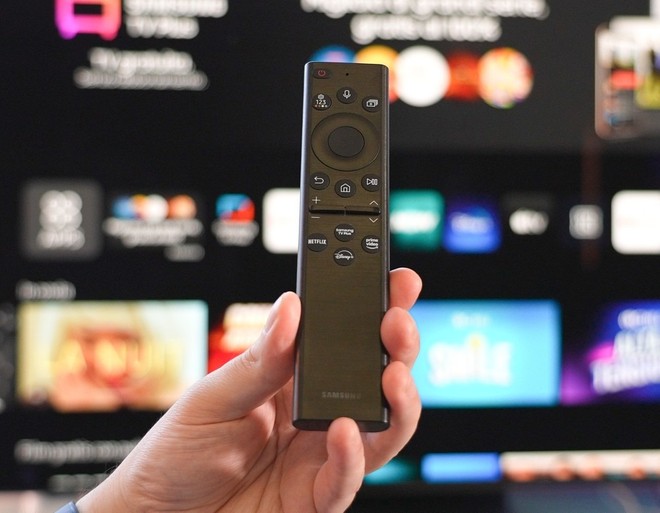 Now, talking a little more about design, this Samsung S95B television does not disappoint. The build quality remains a strong highlight, and you will notice that this TV appears to be much thinner than it really is.

Here, the consumer will only realize the real thickness of the TV when observing the area where we have the connections, since it is thicker. Anyway, placing this Samsung TV on the wall will not be a problem, since it is compatible with the Full Motion Slim support.

In terms of connections, we have a complete set here: four HDMI 2.1 ports compatible with 4K resolution at up to 120 Hz. Actually up to 144 Hz but limited to 8 bits.

Of these ports, three support Dolby Atmos, but without DTS technology. Even so, there is also full HDR support in the various versions: HDR10, 10 Plus and Dynamic HDR.

Next, we also find two USB ports, one of which serves as a power supply. We also have a digital audio output, connectors for local and cable TV.

Finally, we also have Bluetooth 5.2, LAN port, support for Miracast, Apple AirPlay 2 and dual-band Wi-Fi. In terms of virtual assistants, the Samsung S95B has the manufacturer’s own Bixby, Google Assistant and Amazon Alexa.

As usual, the remote control for this TV is the inevitable “One Remote”, with rechargeable battery via USB-C cable, solar panel on the back or by radio waves via home Wi-Fi.

The control itself is minimalist and that’s something I like. It only has the basic power, microphone, home, play and pause, volume, and center console buttons for navigating the interface.

The available shortcuts are for Netflix, Disney Plus, Prime Video and Samsung TV Plus. Of course, for many people, the lack of number buttons is something that might be missed around here, but that’s a matter of habit. 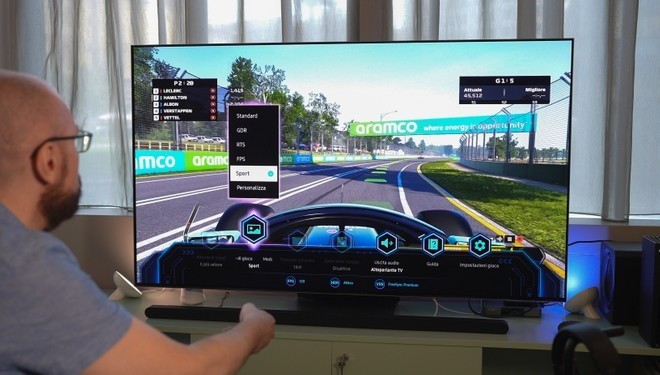 To manage all functions of Samsung S95B, we have here the new version of Tizen operating system. This year, it brings a totally renewed interface that is much more consistent with what is found in the competition.

The user experience over here is good. Let’s face it, Samsung knows how to make an operating system for Smart TVs and here we have something friendly, despite some delays in the software response from time to time.

In terms of apps, we have the complete ecosystem of streaming services most used by the average Brazilian in the Tizen store. An important detail is that on the Samsung S95B it is possible to connect a webcam and also a keyboard.

So you can use the TV for video calls on Google Duo, and even get access to the Microsoft 365 suite of services.

In terms of games, the TV gives access to the services of the late Google Stadia and also Nvidia GeForce Now, in addition to Xbox Cloud Gaming with its Game Pass Ultimate catalogue.

If you connect a Bluetooth control to this television, fun is practically guaranteed with the entire catalog of cloud and big screen games.

If you prefer to connect a console or a conventional PC to play games, the game mode via HDMI connection is activated. Thus, the TV displays a dedicated bar so that you can see all game parameters and additional settings.

All this is possible thanks to the Neural Quantum 4K processor, which is capable of managing all image processing such as sharpening, brightness and noise reduction.

It also works with Artificial Intelligence that exploits the ambient light sensor to deliver good results in the TV viewing experience. 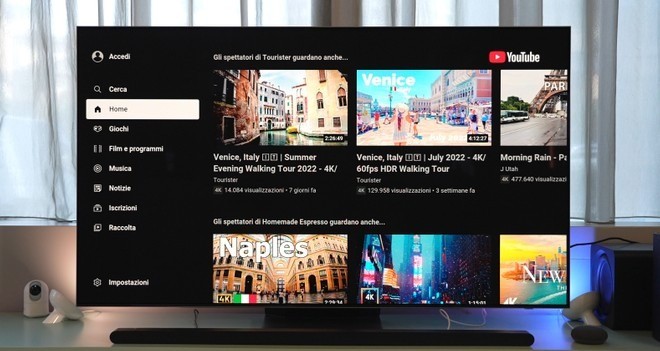 In terms of rivals, Samsung’s first OLED Smart TV has the great challenge of overcoming the various options offered by LG. As your compatriot has already been using this technology for some time, this inevitably means that it has several models that bring the same proposal.

Not to mention that the Korean rival also brings smaller devices, such as 42 inches, and this is something that can weigh on the decision of the consumer who has been on a tighter budget in recent months. 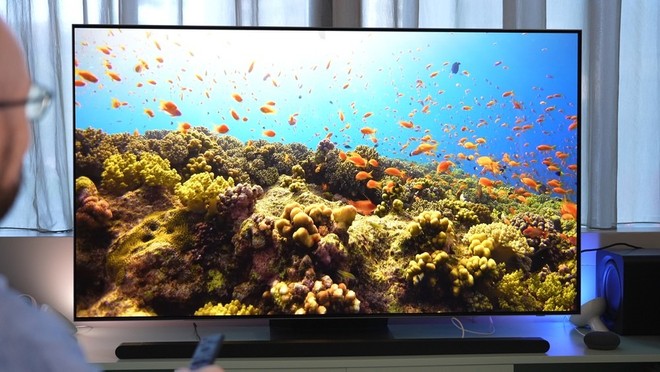 Is Samsung’s first OLED TV worth taking home? The short answer is yes. The technology chosen by the Korean for the display is something new in the market and that proved to be competent.

Here we have a panel of excellent quality, not to mention the good construction and the operating system already known by the general public. A single negative detail is the absence of Dolby Vision technology.

As we are talking about a TV that brings something new to the market, the price is steep even in Europe. Finally, the Samsung OLED S95B is not sold in Brazil and the manufacturer has not yet given a release date here.​

Previous Luís Castro reveals that he rejected proposals and says: ‘I love Botafogo. I want to stay for many years, but it’s the result that will determine’
Next Google points out that THESE are the most searched dreams in 2022