A teenager decides to run away from home and travels to the past. When she arrives in the 1980s, the girl meets her own mother and discovers a new bond of friendship.

Music, poetry and many confusions pack the adventure full of fairies and magical kingdoms of “Present of the Past”.

The theatrical show, which should remind many people of the trilogy of films “Back to the Future” (1985/1990), is part of Grupo Casa’s season at Sesc Cultura.

On stage, to give life to the plot of “Presente do Passado”, 15 children from Grupo Casinha, Casa’s children’s troupe, show that doing theater is not the privilege of adults and can awaken talent from an early age.

The presentation starts at 4 pm this Saturday, with free admission, and at 6 pm, also free of charge, the group from Teatro Livre from Grupo Casa performs several scenes at the Humanidades Festival.

The sketches address “social, political and structural questions about everything that contemplates the human being in relation, in society, to what we can call the humanities”.

Today, at 7 pm, as part of Grupo Casa’s programming at Sesc Cultura, the public will be able to see Amanda Pessoa and Antônio Júnior in the third and final presentation of “Dom Casmurro”.

The actors embody the characters Capitu and Bentinho in the stage version of the famous novel by Machado de Assis (1839-1908).

The montage is directed by Lígia Prieto, who also signed the dramaturgical adaptation of the classic released in 1899.

In her version, which features musicians – Léo de Castro, Giulia Schroder, Vinicius Rocha and Caroline Mazeto – on stage making the live soundtrack, the director updates the plot that develops from a suspicion of adultery. 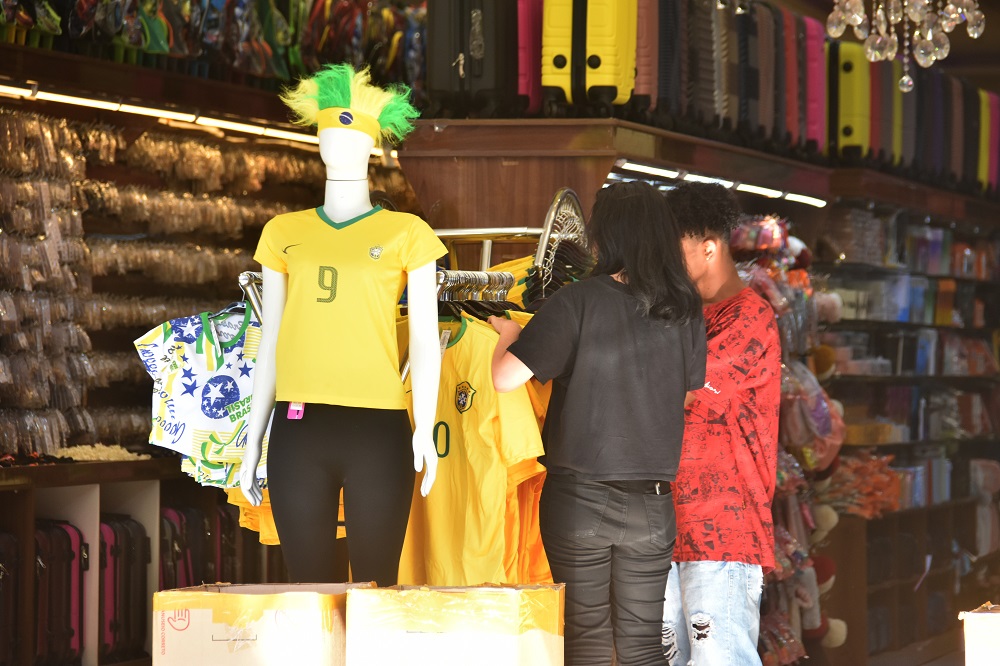 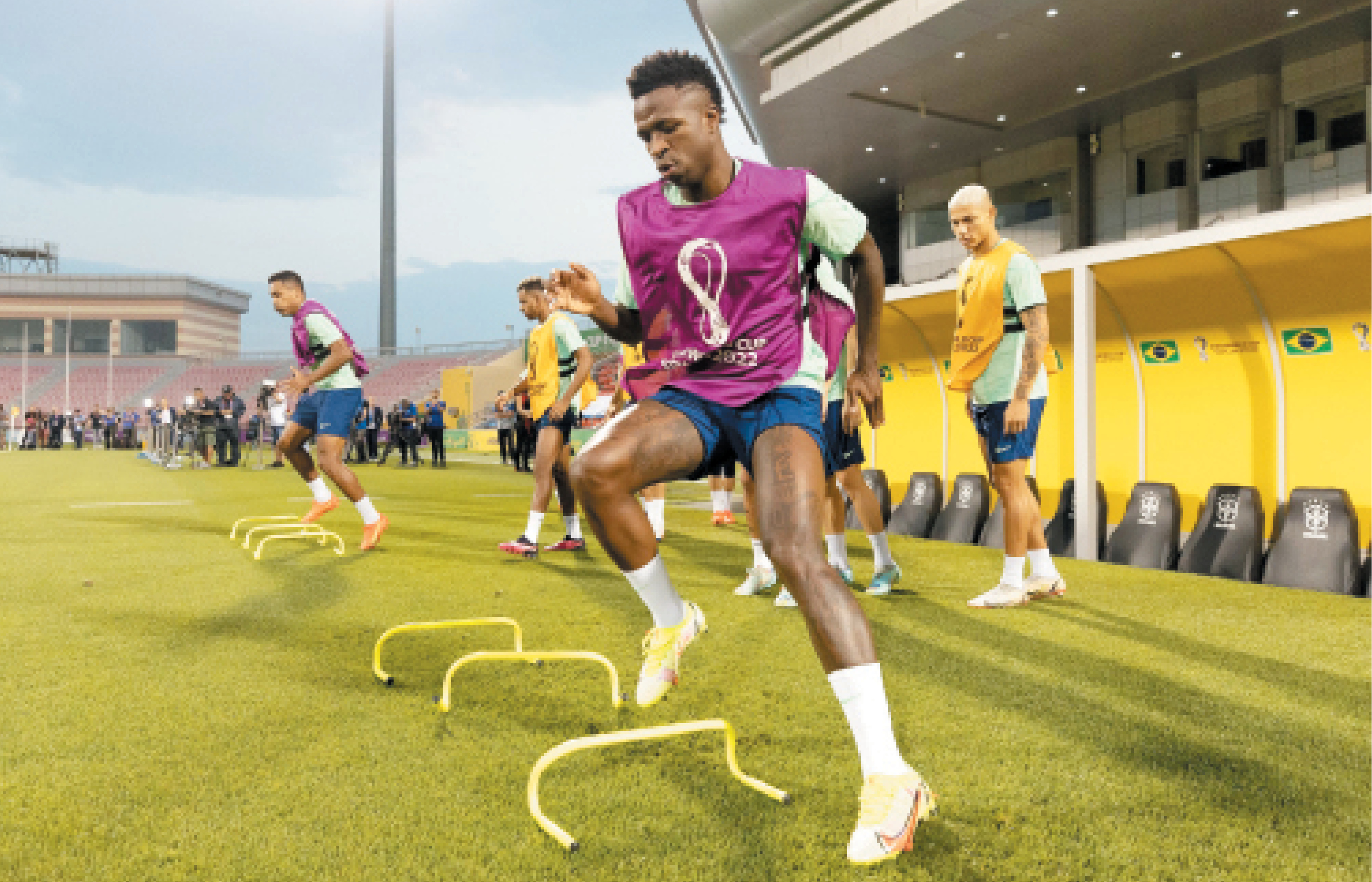 Check out the synopsis:

“The story of a boy, well off, who manages to escape the seminary and pass on his mother’s promise to another man, due to the insatiable desire for Capitu, his childhood friend who carries eyes with a hangover. The course of this Brazilian classic continues with music and race in defense of the fight against racism and for the struggle of one’s own desires in the construction of life. Dom Casmurro, amid the somber voices, recalls the loss of his best friend, his beloved and his son.”

Another highlight in the theatrical field is the show “O Amor de Rosinha”, which continues the 8th Mostra Fulano di Tal de Teatro, from today until Sunday, at 8 pm, at Espaço FdT (Rua Rui Barbosa, nº 3.099, between Rua Marechal Rondon and Maracaju).

The play marks the end of the theater workshop held by the group throughout this year and is free of charge.

But the troupe invites anyone who is able to donate any amount. The values ​​will revert to the artists on stage and to improvements in the cultural space.

Check out the synopsis:

“Memoirs. Or would they be memories? Time messes everything up. Move everything around. An inventive creature goes back to Rosinha’s life. Their loves, their anguish, their happiness and unhappiness are remembered. Or were they invented? Rosinha wanted to find her mother. She was a friend of Santinho, the boy who dreamed of being a butterfly. She suffered at the hands of the horrible godmothers. She found and lost love for Cravinho. And his mother? Fate, creatures, can be a tragedy.” The show continues until the 21st with four more shows.

This Friday, at 7 pm, Sesc Cultura (Av. Afonso Pena, nº 2270, Centro) will host a literary launch by writer Flávio Adriano Nantes, who will be talking to the public and autographing “Palimpsestos de Silêncios”.

Also today, at 7:30 pm, psychopedagogue and researcher Celso Cavalheiro launches, at Senac Hub Academy, the book “Early Diagnosis of Autism and Other Behavioral Disorders – A Lesson in Love”, which brings together case studies and experiences that the specialist has already had with their services involving autism spectrum disorder (ASD) and other behavioral disorders, such as hyperactivity, ADHD and dyslexia.

Five groups from the Capital participate, tomorrow, at 7 pm, in the Meeting of Christmas Choirs organized by the immortal Américo Calheiros and by conductor Luis Quirino at the Academia Sul-Mato-Grossense de Letras (ASL):

The Chef and the Pilot

In cinemas, “The Menu” and “Blood Brothers” are among the highlights.

In the first, a kind of gastronomic terror, Ralph Fiennes plays a chef who runs a restaurant on a deserted island and challenges the etiquette of high society with surprises on the plates and on the tip of his steel.

“Blood Brothers,” starring Jonathan Majors and Glen Powell, tells the story of Jesse Brown, the first black aviator in the US Navy.

Previous “This kid is going to…”; Neto is not intimidated and dares to predict Endrick at Palmeiras
Next ‘Fast and Furious 10’: Daniela Melchior gives a TRACK about her character in a new behind-the-scenes image

In January, two films from the recent universe of monsters, or monsterverse – Godzilla II: …