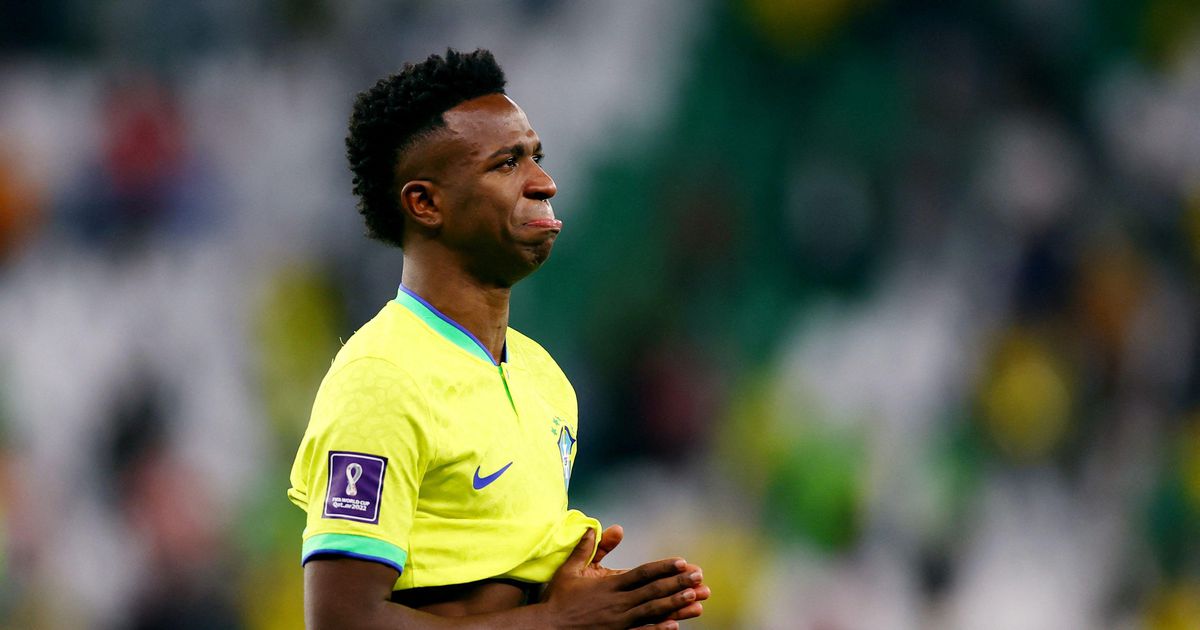 Moments after the elimination of Brazil in the Qatar World Cup🇧🇷 Vinícius Junior was the target of racist comments once again. Through social networks, the player Ivan Alejoof Cadiz, from Spain, used dancing and monkey emojis to comment on the result of the duel between Brazilians and Croatians. Moments after publication, Alejo deleted the tweet.

“As you saw, I deleted a tweet because I realized that an interpretation was made that was not what I wanted to convey”, commented Alejo when explaining why he deleted the tweet and redid the post with emojis of dancing and a person laughing .

Another case from Spain

It is not the first time that a person has attacked Vini Jr. in a racist way in Spain. In September of this year, Pedro Bravo, president of the association of players’ entrepreneurs in Spain, said on a TV station that the Brazilian striker had to stop “monkeying” on the field.

The speech awakened supporters and increased the debate on racism in Spain. A few days after the event, during a derby between Atlético de Madrid and Real Madrid for the Spanish Championship round, Vini Jr. was harassed by Atlético fans during almost the entire match.

Recently, the Public Prosecutor’s Office of Madrid decided to file the complaint against the racist insults against the Brazilian during the classic between the teams in the capital because they happened in a “context of maximum rivalry” and because they “lasted a few seconds”.

Through social media, already in Qatar for the World Cup, the Brazilian striker commented on the court decision. “Everything is normal, but we will continue the fight. I will not stop. Madrid hay uno solo”.

Previous “The Handmaid’s Tale”: see the first images of the 5th season!
Next Former Avon Headquarters Being Transformed into a GE Aerospace Aviation Technology Center