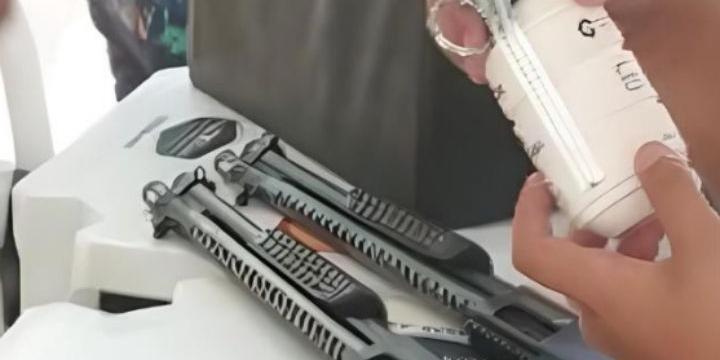 A conciliation hearing on the case of displaying weapons in children’s programming ended this Tuesday (24th) with no progress. One of the points that made the agreement unfeasible was that the City Hall disagreed with the payment of compensation for collective pain and suffering, as required in the Public Civil Action filed by the Public Ministry.

According to prosecutor Ana Catharina Machado Normanton, the State of Minas Gerais did not present any proposal at the conciliation hearing. The City Hall, on the other hand, only presented proposals regarding the elaboration of an awareness campaign on the risks related to the handling of weapons by children and adolescents, but disagreed with regard to the pecuniary compensation resulting from the collective moral damage.

“A period of 15 working days has been defined for the State and the Municipality to present new proposals and we will resume the analysis”, he added.

In the action, the Public Prosecutor’s Office requested the payment of compensation in an amount not less than R$500,000. However, the prosecutor stated that there is openness to discuss the amount to seek a conciliation.

Wanted by the report Morning newspaper, the Municipal Attorney General, Fabiana Gomes Pinheiro Alves, stated that she believes in a consensual solution. However, she stated that there are reservations from the City Hall regarding the payment of compensation and the issue will be dealt with by the Public Prosecutor’s Office. “We do not see seriousness to give rise to compensation, but all this will be analyzed in this period [de 15 dias]”, he added.

After repercussions due to the display of weapons on Children’s Day programming last year, the Public Ministry filed a Public Civil Action against the Municipality of Uberaba and the State of Minas Gerais. In the action, the Public Prosecutor’s Office asked the Justice to prohibit entities from promoting, sponsoring, encouraging or contributing, in any way, to the holding of events with weapons aimed at children and adolescents.

In addition, an awareness campaign was required on the risks inherent in the handling of weapons and ammunition by children and adolescents, as well as on the risks of adults leaving the material within reach of young people. It was also requested that the defendants be ordered to pay compensation for collective pain and suffering in an amount not less than R$500,000, in favor of the Municipal Fund for the Rights of Children and Adolescents of Uberaba.

Previous Ceni wins names to reinforce the defense after Ferraresi’s serious injury
Next After under-20 training with the Fluminense professional, Diniz praises integration