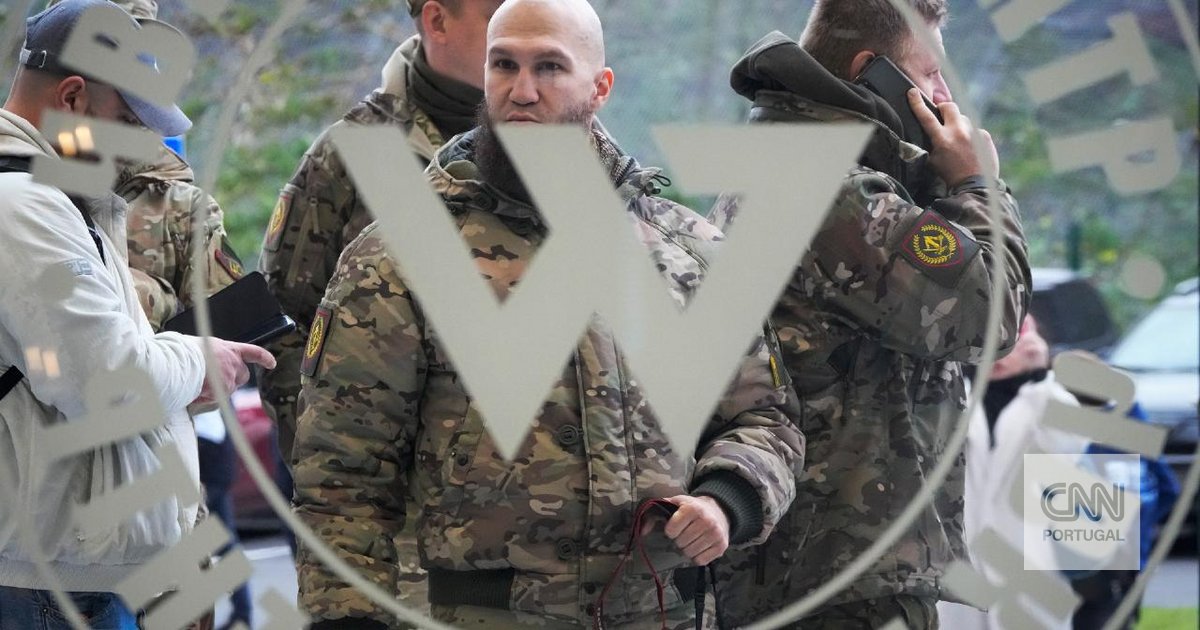 Cruel and Disposable: Secret Report Reveals the Wagner Group’s Brutal Tactics in Ukraine (and Why They’re a Unique Threat)

Fighters from the Wagner Group have become the expendable infantry of Russia’s eastern offensive, but a document from Ukrainian secret services, obtained by CNN, shows how effective they have been around the city of Bakhmut – and how difficult it is to fight with they.

The Wagner Group is a private military company, also known as mercenaries, run by Russian oligarch Yevgeny Prigozhin, who has been much seen on the front lines in recent weeks – and always quick to claim credit for Russian advances. The group’s fighters were heavily involved in taking Soledar, a few kilometers northeast of Bakhmut, and other areas around the city.

The Ukrainian report – dated December – concludes that the Wagner Group poses a unique threat in close quarters combat such as urban combat, even as it suffers extraordinary casualties. “The death of thousands of Wagner soldiers is of no interest to Russian society,” the document states.

“Striking groups do not withdraw without an order. The unauthorized withdrawal of a team or without being injured is punishable by execution on the spot.”

Phone calls intercepted by Ukrainian intelligence and shared with CNN also indicate a ruthless attitude on the battlefield. In one of them, a soldier can be heard talking about another who tried to surrender to the Ukrainians.

“The Wagnerians caught him and cut off his testicles”, he says.

CNN was unable to independently authenticate the call, which it alleged took place in November.

Wounded Wagner Group fighters are often left on the battlefield for hours, according to the Ukrainian analysis. “Infantry are not authorized to transport the wounded off the battlefield, as their main task is to continue the attack until the objective is achieved. If the attack fails, withdrawal is only allowed at night.”

Despite a brutal indifference to casualties – demonstrated by Prigozhin himself – the report says the group’s tactics “are the only effective ones for the poorly trained deployed troops that make up the majority of Russian ground forces”.

The document even suggests that the Russian army may be adapting its tactics to become more like the Wagner Group: “Instead of the classic battalion tactical groups of the Russian Armed Forces, attack units are proposed.”

This would be a significant change from Russia’s traditional reliance on large mechanized units.

On the ground, according to telephone calls intercepted by Ukrainian secret services, some deployed troops say they are thinking of switching to the Wagner Group. In one of these calls, a soldier compares the Wagner Group to his unit and says: “It’s like heaven and earth. So, if it’s to be f….., it’s better to be f….. there .”

The War Style of the Wagner Group

The Ukrainian report says that the Wagner Group deploys its forces in mobile groups of a dozen or fewer, using grenade launchers (RPG) and exploiting the real-time surveillance capability of drones, which the report describes as a “key element “.

Another tool at the service of Wagner’s mercenaries is the use of Motorola communication equipment, according to the document.

Motorola, the US telecommunications company, assured CNN that it has suspended all sales to Russia and has closed its operations in the country.

Convicts – tens of thousands recruited by Wagner – often form the first line of attack and suffer the heaviest casualties – up to 80%, according to the document.

The most experienced fighters follow, with night vision equipment and thermal cameras.

Also for the Ukrainians, drones are essential to prevent their trenches from being attacked. The report notes an incident in December in which a drone spotted an advancing Wagner unit, allowing Ukrainian defenses to eliminate it before it managed to throw grenades.

If a Wagner unit manages to take a foothold, artillery support allows them to dig trenches and consolidate their gains, but these trenches are very vulnerable to attack in open terrain. And again – according to intercepted calls – coordination between Wagner teams and the Russian military is often non-existent. In one of the calls—again unauthenticated by CNN—a soldier told his father that his unit had mistakenly taken a Wagner vehicle.

Prigozhin has repeatedly insisted that his fighters were responsible over the past week for capturing the town of Soledar and nearby towns, the first Russian gains in months. “No unit other than Wagner was involved in the attack on Soledar”, he underlined.

Wagner’s performance is Prigozhin’s way of getting more resources and is key in his ongoing battle against Russian military theory, which he says is inept and rotten.

According to British secret services, the Russian military chief of staff, Valery Gerasimov, ordered Russian soldiers to be better prepared. Prigozhin replied that “war is for the diligent and brave, not for the little-haired ones.”

Commenting on Gerasimov’s new directions, the UK Ministry of Defense said on Monday that “the Russian force continues to face an operational stalemate and heavy casualties”. “The priority that Gerasimov gives to orders considered minor is likely to confirm the fears of the many skeptics of him in Russia.”

And while the Russian Ministry of Defense presents an underwhelming result, Prigozhin will nip at its heels and demand more resources for Wagner.

The group also appears to be able to obtain weapons through other means. US officials said last week that Wagner had obtained weapons from North Korea. “Last month, North Korea delivered rockets and missiles to Russia for use by Wagner,” said National Security Council spokesman John Kirby.

Prigozhin is not lacking in ambition. Speaking at Soledar last week, he said Wagner was probably “the most experienced army in the world”.

He also said that his forces already had several missile launch systems, their own anti-aircraft defenses and artillery.

Prigozhin also made a subtle comparison between the Wagner and the rigidity of command of the Russian army, saying that “everyone on the ground is heard”. “Commanders consult with warfighters, and Wagner’s leadership consults with commanders. That’s why the Wagner Group has moved forward and will continue to move forward.”

Two months ago, Andrei Kolesnikov of the Carnegie Endowment for International Peace, a foreign policy think-thank, compared Prigozhin’s growing influence to that of Grigori Rasputin in the court of Tsar Nicholas II. “Putin needs military effectiveness at any cost,” he told Current Time TV.

“There is a devilish charisma in [Prigozhin] and in some ways that charisma can compete with Putin’s. But Putin now needs him.”

Rasputin, a mystical figure, treated the Tsar’s son for haemophilia, a blood disorder that causes bleeding. Prigozhin responded to the comparison, according to a statement released by the oligarch’s company, Concord, last weekend.

“Unfortunately, I don’t stop blood. I bleed the enemies of our homeland. And not by divine acts, but by direct contact with them.”

Previous Digital Foundry tests Steam Deck limits with 2022’s heaviest games
Next One of the best comedy series of 2022 is rescued after cancellation on HBO Max; meet