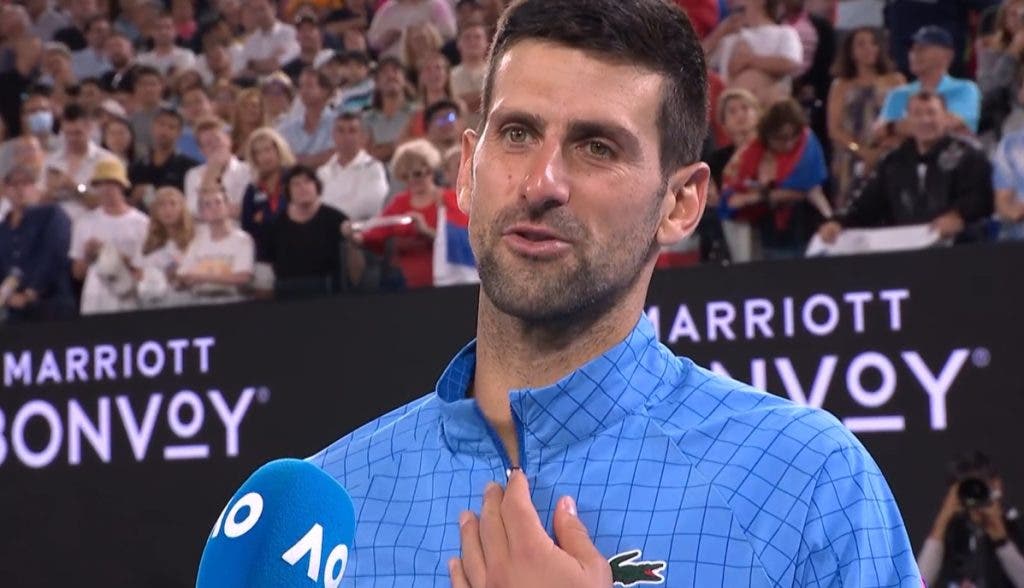 Novak Djokovic, qualified for the semis of Australian Open for the tenth time in his career, he recalled during his on-court interview this Wednesday (25) the first final of grand slam that he disputed, in the US Open 2007, when he was defeated by Roger Federer. The 35-year-old Serbian left nice words for the Swiss after his victory over Andrey Rublev.

“Let’s give Roger a big round of applause, he deserves it. I had great battles over the years against him, tennis misses him. I saw him this week all dressed up for a fashion show. I’ve also seen him ski, I want to challenge him in a few years. Roger is enjoying life and that’s good to see. He is one of the most important people to have played this sport”acknowledged in the interview.

“Tennis misses him for sure.” ❤️ Novak Djokovic made special mention of Roger Federer following his win. 🤝

Djokovic will face the American in the semifinals tommy paul. It will be the first time they face each other. While Paul disputes this phase in majors for the first time, Djokovic will play the 44th. He is chasing his 33rd final and 22nd title at this level.