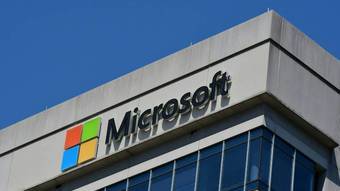 Various services from Microsoftincluding the Teams communication platform or the Outlook email messaging system, were out of service worldwide this Wednesday (25) due to “network configuration problems”, the American group said on Twitter.

“We have isolated the problem”, which was linked to “network settings”, announced one of Microsoft’s service accounts on Twitter this morning.

“We are analyzing the best mitigation strategy to solve it without causing more impacts”, he added.

The multinational did not clarify how many users were affected, but thousands of users reported difficulties.


The suite of apps and programs included in Microsoft 365 (Teams, Outlook, and others) has more than 300 million users — a portion of whom have expressed their frustration online.

“I have some homework due in half an hour in Teams and the servers are down in India. Do something,” complained one user.

The specialized website Downdetector reported incidents in the United States and Europe that affected other Microsoft-related services, from the Xbox Live gaming platform to the LinkedIn social network.

The computer giant announced in mid-January that it would lay off around 10,000 employees by the end of March (just under 5% of its workforce).