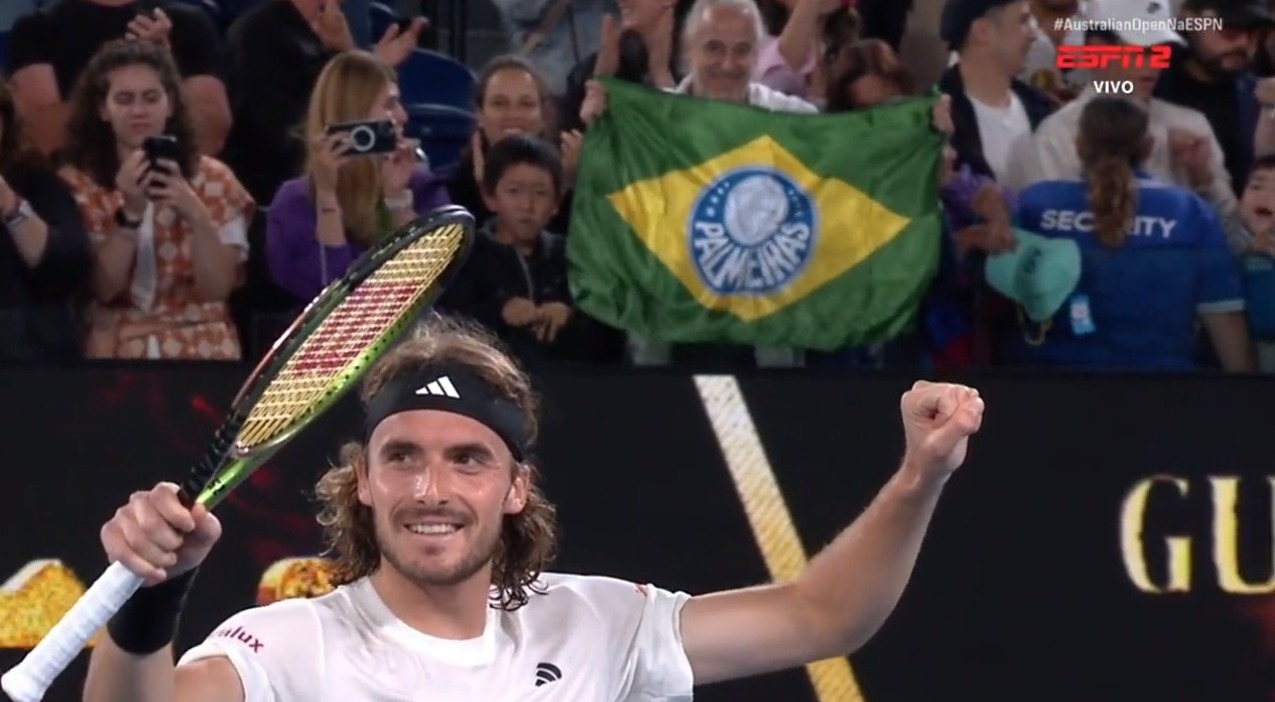 Stefanos Tsitsipas advanced to the semifinals of the Australian Open this Tuesday and, in the stands, who followed the classification was Paulo Nobre, former president of Palmeiras. At the end of the match, he was spotted with a flag with the club’s symbol.

Tournament 3 seed Stefanos Tsitsipas overcame Czech Jiri Lehecka, considered a big surprise in Melbourne. Ogrego didn’t give chances to his rival and closed the game in three sets, partial of 6/3, 7/6(2) and 6/4.

SEE MORE: Tsitsipas and Khachanov go through the quarterfinals in Australia

Paulo Nobre, in the front row of the Australian Open, with a flag with the symbol of Palmeiras

It is not the first time that Paulo Nobre has been spotted enjoying sports other than football itself. Three weeks ago, the former manager attended an NBA game.

“Many ideas I had at Allianz Parque I took from here. In Brazil we still have a world of things to do and make our games also an experience for those who come to watch. All of this is reverted into more revenue, which can be invested in the team in general, thus creating such a virtuous circle!