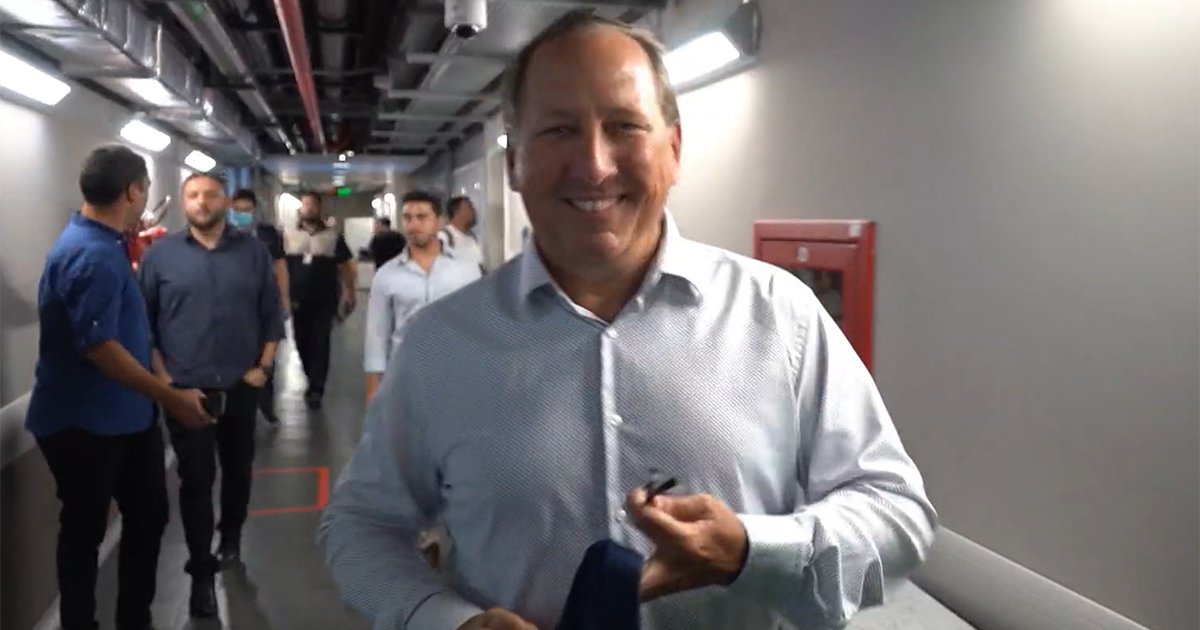 Textor wants to give more depth to the squad and makes it clear to the fans: ‘Botafogo can fight for the titles of the Sudamericana and Copa do Brasil’

It’s not today John Textor adopts a discourse of constant evolution, asking the supporters for patience Botafogo in the search for expression titles. However, already in the second year of the SAF, in 2023, the American businessman said he believed that Glorioso could indeed get the cups of Copa Sudamericana and the Brazil’s Cup.

– When I speak of titles, I am not speaking of the greatest of all. But I believe we can fight for the South American this year. It had a single benefit of losing the last game of the year (to Athletico-PR, thus being without a vacancy in Libertadores). We should expect to fight for the title of the South American. About the Copa do Brasil, we can beat any club, but in a championship of 38 games it is more difficult due to the state we are in now – highlighted in live on the channel StoveNET this Tuesday (1/24).

Textor highlighted that, after assembling a strong backbone throughout 2022, the search now is also to give more depth to the alvinegro squad, reinforcing what he called the “second team” – or the reserve team, giving the coach more options Luis Castro.

– Teverything has to grow simultaneously. That means Eduardo recovered, Lucas Fernandes, all in good condition… I believe we can beat any opponent. The problem happens when we have expulsions, injuries, and then we start to see weaknesses in the squad, we don’t have depth and the opponent knows very well how to exploit these weaknesses. Nobody likes to talk about it, but we need to reinforce the second line, the reserves, because here three yellow cards are suspended, and there are 80 games in the year. We have to reinforce the reserves, and it is not sexy talk about it John joked.

– The 2-0 loss to Santos (in Vila Belmiro) was the first time I saw the players responding to the coach’s commands, I know the fans were upset with the result, but I was pleased to understand that we were on the right path – he recalled.