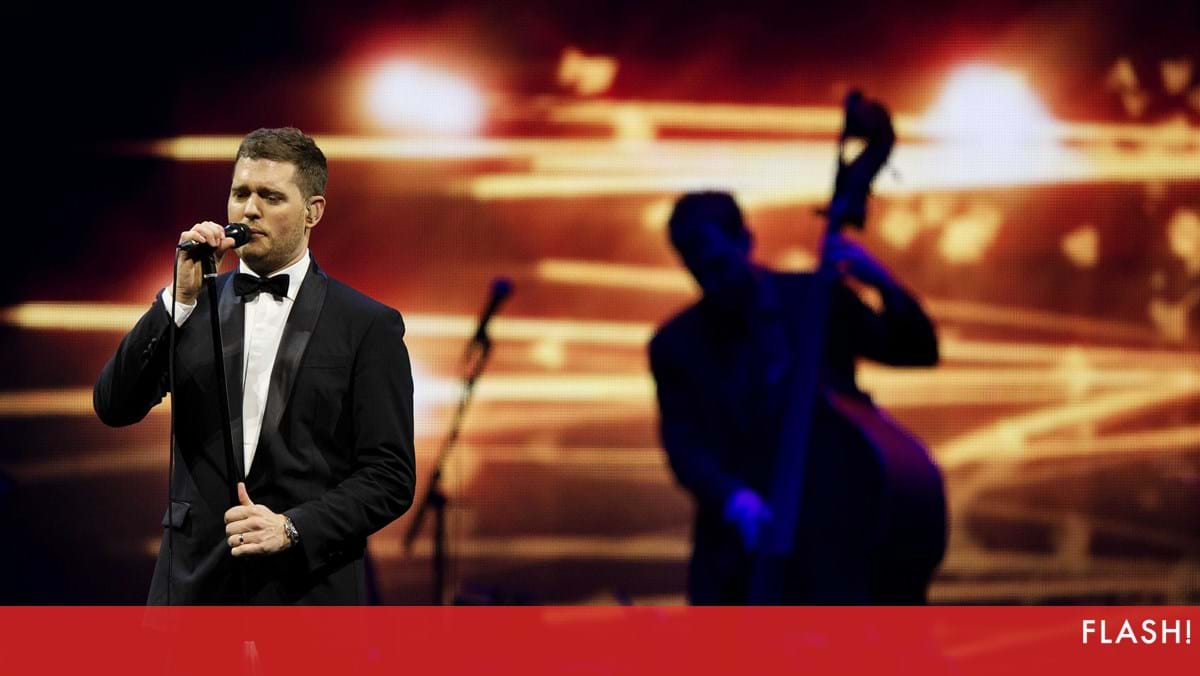 Humble origins, fishing life, cancer drama and unlikely fortune. Michael Bublé, the heartthrob of Jazz, is back in Lisbon – Weekend

Michael Bublé (still an illustrious unknown) had just raised 50 thousand euros to record five songs on a demo [disco de demonstração], when producer David Foster (who had already worked with names like Whitney Houston, Mariah Carey, Andrea Bocelli, Madonna or Michael Jackson) took him to the president of the Warner publishing house (one of the biggest in the world) for an interview. Music here, music there, conversation strikes up a conversation and at a certain point Bublé was confronted with the question that changed his life: “Why should I hire him if I have Frank Sinatra in my catalogue?” the singer replied: “Unlike Sinatra, I am alive”. And so he got his first record contract. The rest of the story boils down to numbers: 4 Grammys, 10 Junos (Canadian music awards), more than 60 million records sold and 80 million personal fortune.


Back in Portugal, Michael Bublé will perform this Friday and Saturday at the Altice Arenain Lisbon, this being the sixth time the biggest theater in Portugal sells out. More than him, only Tony Carreira and André Rieu have inscribed their names in that space more often. Bublé brings the most recent ‘Higher Tour’ in his luggage. To hear are the originals and the classics, in other words, he was pointed out as the artist who knew how to give new life to the great standards of North American music, all of this brushed by the artist’s humor and good disposition. He once considered himself a stand-up comedian who performs live concerts.

Born in the city of Burnaby, Canada, on September 9, 1975 (he is 47 years old), Michael Bublé grew up in a relatively humble family environment, his mother (of Italian descent) was a housewife and his father (of Croatian descent) a salmon fisherman. He started dreaming about music very early on, but he never thought it was possible to achieve a career. The first big wish, which seemed to come true, was to be a professional ice hockey player and play for his heart club, the Vancouver Canuks, which he never missed a single game in his youth. “It was really cool to call myself Bublé because I almost had the same name as one of my idols, Jiri Bubla”, he would later tell in an interview.

As a hockey player, the singer quickly realized, however, that he did not have the conditions to become “out of the series” and represent his club with dignity and therefore gave up on the dream. “If I had succeeded, of course I wouldn’t be a singer today”, he says. At the age of 14, he started working with his father in the fish business and for the next six years, especially during the summer, he helped with all the tasks. “It was the deadliest physical work I’ve ever had in my life. We were away from home for two months, but the fact that I spent so much time with men who were twice my age also taught me a lot about responsibility”, he said in an interview in 2007. to The Times newspaper.
The first time he ‘publicly’ demonstrated some talent for music was at the age of 13 during a family Christmas dinner, this at a time when no one knew that the young Bublé “already slept clutching the bible praying to be a singer”, as she confided to Oprah Winfrey in 2009. She started singing in nightclubs at age 16 while listening to her grandfather’s jazz records, a plumber who offered his services for free to clubs that wanted to hire his grandson to act.


At the age of 18 he began to take advantage of every opportunity to show his voice, such as cruises, hotel bars or talent contests and even had some experiences in acting, having even appeared, imagine, in one of the episodes of ‘Secret Files’ as member of a ship’s crew. It was, however, at the wedding of the daughter of Brian Mulroney (Prime Minister of Canada between 1984 and 1993), that he met the renowned producer David Foster, who played a driving role in his career by leading him to sign his first record contract.


With twelve albums released so far, Michael Bublé has built one of the most fruitful and successful careers in the world of pop music over the last 22 years. According to the magazine ‘Public With Money’, the singer starts this year 2023 as the highest paid in the world of shows, having a personal fortune valued at 80 million euros that has led him to build, in recent years, a true empire. According to that source, the singer has several investments in stocks, real estate properties and owns several restaurants. He has a deal with cosmetics brand CoverGirl, owns a football club in Burnaby, has his own brand of Vodka (‘Pure Wonderbublé’) and a best-selling perfume for men and women (‘Seduction’).

A self-confessed “mama’s boy” (the words are his own), Michael Bublé has always revealed a weakness for actresses when it comes to their personal relationships (he said he wanted to be famous to arouse interest in women and I succeeded). He has been married since 2011 to Argentine actress and singer Luisana Lopilato, for whom he wrote the song ‘Have n’t Met You Yet’ while they were dating (it is precisely she who appears in the video for this single). Before Lopilato, however, Bublé dated actress Debbie Timuss for whom he wrote a song (‘Home’) and also actress Emily Blunt, whom he met on a television show in 2005 (it is she who sings back vocals on the theme ‘Me and Mr Jones’).
Michael Bublé with son Noah

With Luisana Lopilato, Michael Bublé has four children, two boys born in 2013 and 2016 and two girls born in 2018 and 2022. In a life that resembled a fairy tale in every way, the singer lived, however, in 2016 a drama family that almost took him to the end of his career, when his son Noah was diagnosed with cancer (now eight years old, he is already cured). “I fell apart. I was torn apart. I thought I wasn’t going to go back to music anymore. I didn’t want to sing anymore”, he would reveal in an interview to the magazine ‘Hello! Canada’. “It was my wife who picked me up and brought me back,” he explained. More recently, in September last year, during an interview with the Gaby Roslyn podcast, Bublé stated that he is thinking about moving away permanently to be a full-time father. “Anyone who thinks that success, fame and money improves everything in life is wrong.”

Previous Famous bear in Italy, of rare species, dies run over and moves the country
Next Ancelotti praises Vinicius Jr.: ‘football needs him’