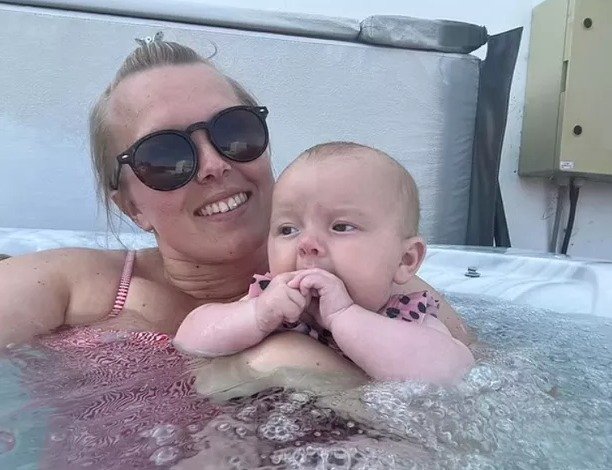 Woman goes to poop and discovers pregnancy: “I saw two feet coming out”

Lucy Jones has a breathtaking story. The 22-year-old flight attendant only found out she was pregnant when she was sitting on the toilet and “saw two baby feet” sticking out of her vagina. Jones reported that she did not suspect the pregnancy because, in addition to taking birth control pills, she was menstruating regularly.

“I used to go out drinking two or three times a month. I went to clubs about 10-15 times when I was pregnant. I went to the club on Saturday before giving birth. I didn’t have a belly, I didn’t get sick and I had my period every month”, said the mother. 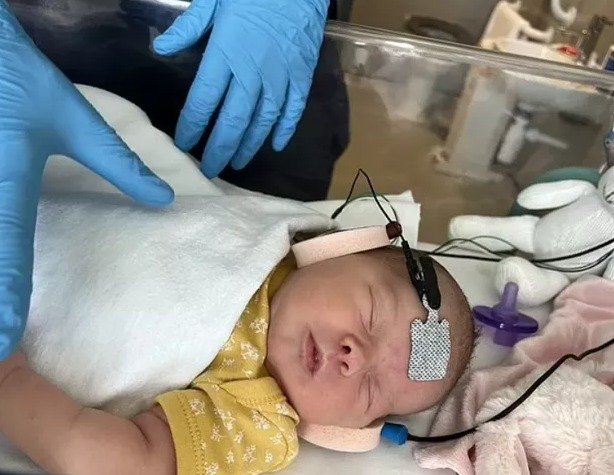 After seeing baby’s feet in the toilet, woman finds out she’s pregnant 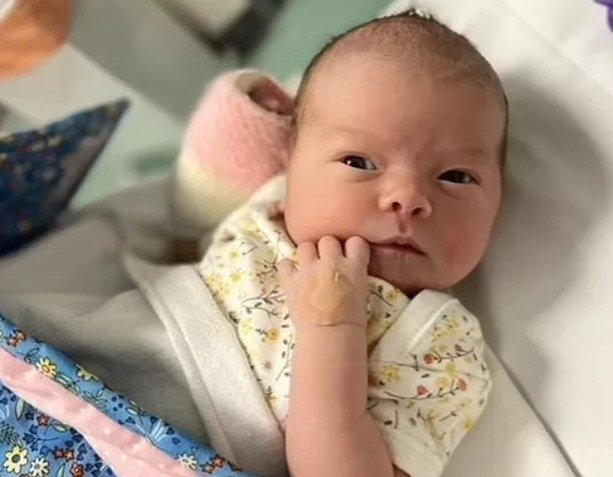 After seeing baby’s feet in the toilet, woman finds out she’s pregnant

Ruby was born in March, weighing 3 kg and healthy reproduction

According to her, because she did not suspect the pregnancy, she lived life normally during pregnancy. The surprise for Lucy was even bigger due to the pregnancy tests she had to take for her new job:

“I took two pregnancy tests that came back negative because of my new flight attendant job. I was eight months pregnant when I went to the doctor and got tested. The doctor examined me, pressing my stomach and didn’t suspect anything,” he explains.

“I thought it was poop”

Without any apparent pain or belly, Lucy gave birth on the toilet at her parents’ house. In an interview, she says that the day before the birth of her daughter, she felt pain in her belly and back, but she believed it was menstrual cramps, as her cycle was close to happening.

“The next day, I woke up, took a shower and lay in bed again. About 45 minutes later I felt my stomach “turn” and I ran to the bathroom. There, I heard a noise, and when I looked down, I saw two little feet sticking out,” she said.

“I didn’t feel any pain when I was physically pushing what I thought was poop,” he reported.

The young woman gave birth to a little girl, Ruby, who was born with three kilos and super healthy. She says that when she took the baby in her arms, she wrapped her in a towel and placed her on top of the sink in disbelief at what was happening. Alone, she still reports that she only thought about calling her parents, who soon arrived home and called an ambulance.

“I was hysterically screaming ‘there’s a baby’ and they figured it was a miscarriage, not that there was a full-size 3kg baby in the kitchen sink,” he joked.

Although it was quite a surprise, the flight attendant assures her that she is happy with the baby, and insists that she wouldn’t change a thing even if she could. With her account, she claims that she wants to raise people’s awareness of the enigmatic pregnancy.

“This is one of those stories that you read about but never thought it would be you, your friend, or someone you know. Considering now that I’ve actually experienced it, I kind of regret thinking that way, as I now know what other people have gone through. It is a real thing, it happens”, he concludes.

Previous Apple releases new versions of iOS, iPadOS, macOS, watchOS and tvOS
Next Luísa Sonza is attacked after the death of a fan at her show