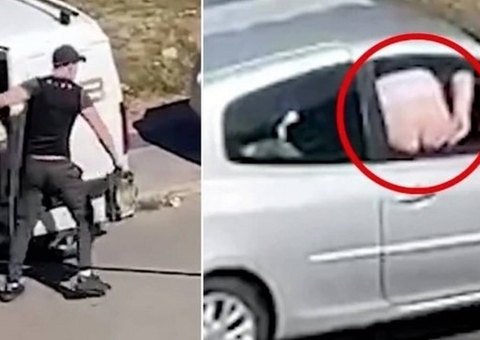 Police release photo of wanted buttocks: ‘Do you recognize it?’

Because they don’t have an image that shows the face, West Midlands Police are releasing the “best photo” they had of a wanted thief after a series of robberies in Coventry (England), the photo of the buttocks.

According to Extra, the authorities posted a video on social media in which one of the suspects shows his buttocks through a car window during the criminal action. The police ask for help identifying him and his accomplices.

Security camera footage was released that recorded the moment when two men stole several tools from a van. When one of them is taking the objects, valued at around R$3,600, after breaking a window of the vehicle, the other noticed the security camera and exposed his buttocks.

“We had some fun with the video in the hope that it will be widely shared and generate information about who might be involved. But the crime is no laughing matter. These brazen thieves have stolen tools worth thousands of pounds. We are concerned that they may be prepared to use violence. We need to find these thieves. If you think you recognize them, suspect who might be involved or have been given tools for sale in suspicious circumstances, please get in touch,” said Stew Lewis, Coventry Police Inspector, according to “Metro”.