The training of the Brazilian National Team this Tuesday, the 29th, was attended by an illustrious supporter of Tite. The Palestinian who helped carry the coach’s grandson on the subway after Brazil’s victory in the opening match against Serbia was identified and accompanied the activity.

The illustrious fan won an autographed Brazil shirt and even posed for a photo alongside the coach and Luca, Tite’s grandson. The boy is the son of Matheus Bachi, who works on the Selection Committee alongside his father.

At the press conference on the eve of the duel with Switzerland, Tite was moved when he told about the episode and said that he would like to meet the fan so that he could thank him personally: “Sport provides great beautiful things, especially for the youngest in educational terms. family was coming back from the game, and until you get to the subway, it’s too far away, and I have two grandchildren, very heavy, transfer one, transfer another, Luca is heavy as hell. In this whole exchange, an Arab came and asked to help, and he took it … And he took my grandson and carried him for I don’t know how long. There’s a picture that is beautiful, beautiful, beautiful.”

“I would like to meet the Arab, who showed a side of solidarity that transcends. Of course we came to win, to be champions, I know, I know, but there are things that transcend. Making the World Cup a means of fraternization, a means of respect, part of it,” he said.

Tite reveals the help of an Arab to carry his grandson on the subway and gets emotional: ‘I want to meet this fan’: 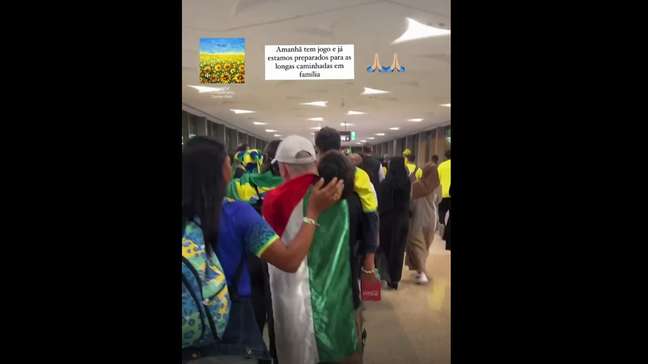 Previous City Hall of Macaé
Next Nubank is depositing BRL 300 in customer accounts: see how to earn